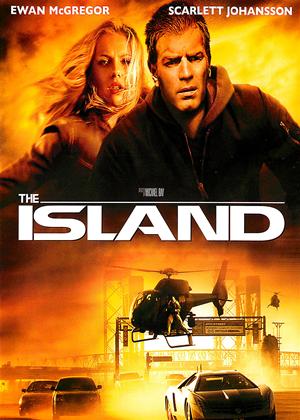 Reviews (3) of The Island

Far better than I expected. - The Island review by CP Customer

Lincoln and Jordan are residents who live within a sterile facility which protects them from a deadly worldwide disease. Everyone who lives within the facility is told that 'The Island' is the only place left on earth that has not been infected. Most inhabitants want to leave the constraints of their society to go to 'The Island', but the only way anyone is chosen is by winning a lottery. After a man named Starkweather wins a trip to 'The Island' and is sent on his way, Lincoln tries to learn more by exploring the inner workings of the facility and soon finds that instead of heading for 'The Island' Starkweather is being operated on for his body parts. He soon discovers that everyone living within the facility are clones, created by the 'real world' as a source of human spare parts. Lincoln and Jordan then escape from the facility in a quest to meet their real life counterparts and to stop the harvesting of body parts, all the while on the run from a group of mercenaries sent to track them down before they can expose the truth. Despite the poor reviews the film received on its release, I was pretty much surprised at how much I enjoyed it. While it heavily borrows from films like 'Logan's Run', 'Matrix', 'THX1138' and 'Blade Runner', 'The Island' cleverly presents an original and exciting take on science, ethics and society in a near future, all wrapped up in a decent mix of Sci-Fi, drama and action, and if you want a good film which will entertain as well as make you think, then this is highly recommended.

An up to date Logans Run

Ewan McGregor is a wooden actor, so when he's playing a clone whose knowledge of the world is a bit lacking, he manages it quite well :)

This is a cross between 'The Matrix', 'Logans Run' and a modern action film and after a slow (not to mention boring) start gets down to an all-action chase film with lots of crash-bang-wallop effects. I suppose you could sit back and enjoy it as a chase film, but frankly it's all a bit silly.

The story goes like this: in the future (supposedly 2019), wealthy individuals ('sponsors') pay out shed loads of money to have their body cloned as an insurance policy in case of medical mishaps etc when the clone will be killed and necessary body parts harvested for repairs to their sponsor. The clones live in a sterile environment where they are conditioned to wait for a chance to be sent to a paradise 'island', little suspecting that this is a lie. Ewan McGregor and love interest Scarlet Johansson play clones who escape. Err, that's it.