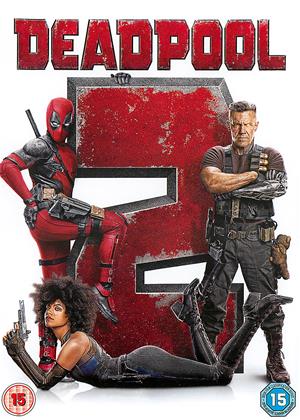 The first one was quite fun but this is terrible. Bad jokes and no proper plot. If you like superhero movies i would look elsewhere as there are plenty of them to choose from which are better then this film.

Other reviewers must have been watching a different film. Unusually in the Marvel universe, this is better than the original. A Marvel film with layers of drama and real heart. There’s a plot that actually engages, there are in-jokes that are actually amusing and there’s mercifully much less of the Ryan Reynolds voiceover that made the original so annoying. Josh Brolin, meanwhile, adds some much-needed depth as a Terminator-type baddie from the future who is worthy of a darker film. Who’d have thought?

Typical in-joke: when the plot takes an easy way out of a hole, Reynolds’ quips ‘That’s just lazy writing.’ When the film is about to lurch into a typical Marvel cgi borefest, he warns us: ‘There’s a big cgi fight coming up.’ His X-Force team of hopeless misfits is a riot and features a micro-second appearance of Brad Pitt as the Invisible Man. And the best superpower ever? Luck. Perhaps this kind of self-denigration is what has put some Marvelheads off.

Whoever made this film needs to seriously take a long hard look in the mirror and understand that childish drivel, bad taste and gross action do not a good movie make! I really should have listened to what everyone else on here is saying, this really is a bad film in every way! For me, mixing characters from different world and universes simply does not work. In this case Deadpool teams up with the Terminator and X-Men, why isn't explained, given that they are all form different times and universes! What follows is a real mess, sloppy direction, really bad choppy editing, lots of poor CGI, err I would;t call them jokes because they are not funny, lots of references to irrelevant things and probably the worst non script I've ever heard! The first Deadpool film was great and really funny, but this is just lame, it all comes across as though a couple of 12 year olds in school wrote it and then made it from a few bits of cardboard, glue and sticky tape!

I rather enjoyed this, in fact preferring it to the first one in many ways. The humour is good and it keeps going all the way to the end. There's loads of action and the self depreciating and sarcastic way it is done makes this a fun watch. I thought the "Lucky" character was an inspired idea. Don't miss the extra clips after the credits.

Witty, daft and just plain silly. Just like the first one really. Did you like the first one? You will like the second I would have thought. Entertaining and action packed; get beer, get popcorn, snuggle down and allow yourself to be entertained.

Dead Pool 2 joins a very small list of films where the sequel is watchable….honestly it is a big acc - Deadpool 2 review by DS

The strength of Dead Pool was Ryan Reynolds and Dead Pool 2 is no different. Certainly, it is already hard to imagine another actor owning the role so well already. The first film set up the tone and showed fans of the comic-book they were in safe hands. Dead Pool 2 tries to add a small amount of character and emotion to what could be a one dimensional and tiring character without losing the formulae that worked so well the first time around. I would have to say that in general, it worked. Fourth walls were destroyed, comic-book culture kicked around with no reverence shown and ultra-violence was peppered gorily throughout.

The main villain played straight-faced by the reliable Josh Brolin is given more motivation and even pathos than in some more poe-faced films. Likewise, Reynolds Dead Pool is shown in the same light and even vulnerable although this does sideline Morena Baccarin for the majority of the running time.

TJ Muller and Karan Soni also give way so Hunt for the Wilder People’s Julian Dennison can be thrust-forward as Firefist. I was not entirely convinced by this character or all of the acting on display but if this was a stumbling point it was only a slight trip. Special mentions must go to the Zazie Beetz as Domino who had easily the coolest superpower I’ve seen to date which was only out-cooled by her hair and to the cameo of hilariousness that was Rob Delaney.

The story zipped along at a fast pace was fun and everyone played their part. The special effects were special without being overpowering, the peril, perilous and comic fun, well comically funny.

Whether Dead Pool is strong enough to carry over for a third installment without getting stale or too repetitive is questionable but certainly the first two dips into this world, in what is a very overcrowded market, have stood up strongly against the opposition.

Certainly not a film for everyone Dead Pool is worth a look but if you are easily offended and do not love irreverence best give it a miss. it probably helps if you have some prior knowledge of the setup but Dead Pod is not totally exclusive

Dead Pool 2 is worth dipping your toe into…

Not as good - Deadpool 2 review by TB

Not as good as the first unfortunately. It wasn’t as funny, it didn’t have as good a storyline and the novelty factor of the first film started to wear a little thin. The first 15 mins and the last 25 mins were pretty good action wise but would only score this a 2.5. It’s watchable but nothing more than that!

I wasn't a big fan of the first Deadpool movie so only watched this because it was next on my list out of the newer releases but I think i enjoyed it much more than the first .

It's pretty much the same thing but somehow wittier and has less Forced Humor than the first which just felt irritating.

Really enjoyed the first one. Didn't mind the premise of this one. Trouble I found was the jokes and knods to things I wasn't aware of seemed crowbared in. Also some pointless and poor CGI at times. Just a great shame. Not sure what Disney I'll do with it, if anything.

So to give you some context, i LOVED the first movie. Absolutely LOVED it. Was extremely excited to watch Deadpool 2 and had such high high hopes. Unfortunately it doesn't quite hit the mark. The movie itself is good but it's over cooked. To many ingredients have spoilt the meal as it where.

What made the first movie so good was that it was 90% DEADPOOL, 10% other people. Where as the sequel introduced a lot of new characters, which distracted from Deadpool's screen time and diluted his impact on the movie. And the bits Deadpool are in are, if anything too understated. It wasn't brash enough, self deprecating enough, rude enough. Also by incorporating the whole X-Men thing into Deadpool more and more is weakening the movie. X-Men is a dying franchise and Deadpool is arguably one of the best and they are at risk of killing one to try save the other.

I totally get what they've tried to do with the movie, expand the story, bring in more dynamics to the story line and in doing so they've taken away from what made the original so good which is gutting. IF there is a third, there needs to be a realignment of the dynamic. Deadpool(Ryan Reynolds) is what makes the movie. Give us more of what we want and less of the padding.

There’s a lot of pressure on such a game-changer as Deadpool coming back stronger for a sequel. The first film was such a surprise as both a savagely R-rated satire on the superhero cinema and a financial success for being R-rated. What does the sequel serve up? Unfortunately, it’s leftover night at the Deadpool compound, reheating the same old antics we’ve seen before. That’s the bad news. The good news is that it’s still a tasty treat of a retreat from the usual superhero affairs, minus the originality.

The film begins with Deadpool realizing he needs to raise the steaks after Wolverine stole the R-rated thunder with the Oscar-nominated Logan. Two can play at that came, he figures, as the story goes about stirring the pathos pot. With a dead girlfriend, he now seeks a means of revenge and finding a purpose. It’s an unlikely path for Wade “Deadpool” Wilson (Ryan Reynolds) to pursue, but he needs a bit of a kick in the pants to get himself going on another action bonanza.

It’s amazing how Reynolds plays up Deadpool with the same level of self-awareness for the silliness of superheroes and overlooks one of the most blatant criticisms of these sequels; the overstuffing of characters. Deadpool is teamed up with the time-traveling mercenary of Cable (Josh Brolin) to prevent the futuristic destruction of the world. That’s enough of a plot right there to give Deadpool someone to stick by as the straight man but there are too many other characters thrown into the mix. He additionally teams up with Domino (Zazie Beetz), a superhero with the power of luck and plot armor. Then there’s the fire-based anti-hero Firefist (Julian Dennison), a kid who may or may bring about Armageddon. Then there are other mutants he teams up. Also, Colossus and Nega return in smaller roles. Also, the prequel X-Men are there.

This script doesn’t exactly offer new jokes as much as expanded ones. Remember how Wade commented on how the Xavier school of gifted mutants seems to have so few mutants? He makes the same joke as a few familiar faces hide behind closed doors from the anti-hero. Not a bad bit but one would think there’d be a better punchline. Something more biting, more scathing. Deadpool seems to be losing that touch as he mostly backs off from the swarm of characters crowding around him, though he still has his moments when hiring on a powerless fat guy for his superhero squad.

Deadpool 2 doesn’t reinvent itself, but it still finds the last few drops of humor worth milking from the previous film. One of the strongest bits finds Ryan Reynolds giving a big middle finger to the film’s timeline, Fox’s X-Men movies, and his very career. But in all the meta humor madness I think the film forgets itself, save for one brief moment where Reynolds looks into the camera during an explanation of time travel and remarks that’s just sloppy writing. Perhaps Deadpool 3 will be mindful enough not to repeat itself; you can only make fun of yourself so many times before the bit isn’t funny and that day could come with a trilogy capper.