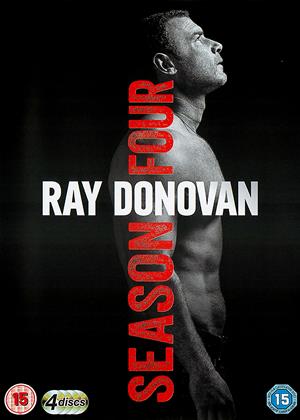 It’s a rarity to see a show reaching its peak three seasons into its narrative, but Ray Donovan has apparently achieved just that. It’s also rare for a show to hold its course long after the original maker (Ann Biderman) has ventured onto greener pastures, but for some reason the fourth installment has also achieved that as well. Then one might ask: what has Ray Donovan failed to achieve four series in? To answer that question, or deny it altogether on straw man grounds, we’ll have to dive deeper into what makes Ray Donovan: Series 4 good or bad, which you can find below.

Series 4 starts, or rather picks up where the previous one ended: Ray (played by Liev Schreiber) experiences the murky aftermath of his clash with the Minassians to save the family after one of Micky’s (Jon Voight) feuds-gone-bad. However, ‘tis the time of Ray coming in terms with his tough childhood, confronting the successive abuses which in a way, shaped his character later in life. Needless to say, the most surprising part of the fourth series is not that of violence, but of peace and healing, as Ray finds new hope in Bunchy (Dash Mihok) and his both stoic and optimistic philosophy in life.

However, Ray is still embroidered in his shell, projecting numbness there where his darkness reigns. To this extent, the fourth series’ main focus falls onto Ray accepting truth, pushed along (in a good way) by Father Romero (Leland Orser), who he himself serves more as an aider to Ray’s cause than an opponent to his deeds. But that all comes crushing down as Ray is torn between reality and fiction, alloying illusion with reality and dreams with the real world; the show has played with this before in fact, but had always stopped short of exploring further into Ray’s psyche and his bearings of the world. Thankfully and to our delight, Ray Donovan: Series 4 takes this further and shows how even the most banal of circumstances can pose the greatest of threats in one’s broken, shattered mind. Which makes the connection between Rays’ daughter Bridget (played by Kerris Dorsey) and Ray’s diseased sister as compelling as it can be to watch it unravel before the audience’s eyes; and to this extent (character drama), the show simply shines.

Additionally and in many ways, the first three episodes of the fourth installment serve as a simulacrum of Ray Donovan’s true self, without him having to expose much of his inner workings or all the secrets that troubled mind has come to bear though the years. Meanwhile, Abby (Paula Malcomson) shies away from her cancer, Terry (Eddie Marsan) clashes with the church, while Conor (Devon Bagby) and Daryll (Pooch Hall) mostly serve as backdrops to Ray’s current predicament of family ties.

Finally, Ray Donovan: Series 4 is a solid entry in the Donovan’s universe, but one that should be taken cautiously whilst moving one step at a time.