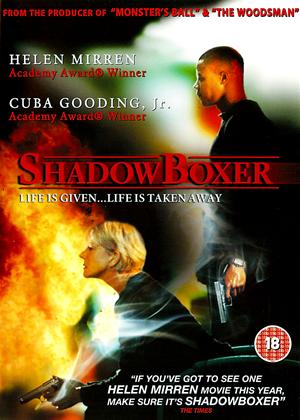 Sign up
Lee Evans: Wired and Wonderful: Live at Wembley

One of the worst films I've ever seen... - Shadowboxer review by TB

I watched this film as it had not only Stephen Dorff but also Helen Mirren in it, as well as what seemed to be an interesting premise and the casting of Mirren as a contract killer, which looked like an interesting angle to be explored.

But this film is awful in almost every way you can think of. The acting is wooden, nothing is believable and some of the elements are so far-fetched you start laughing, Whilst I won't give away the plot, the only detail I will mention is that the many scenes of intimacy between Gooding Jr and Mirren, who are stepson and step-mother, really don't work...

Whilst I will always praise films trying to break out of the mould and do something different, when a film is this much of a car crash and so wrong in so many ways, any kudos for trying something new is voided.