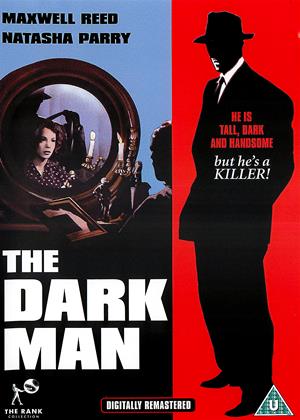 Reviews (2) of The Dark Man

Moody and Effective. - The Dark Man review by NC

A murderer thinks a young woman may be able to identify him, so looks for a chance to eliminate her. It's an above average cheapie with several moments of real suspense, particularly one beach scene, wordless and perfectly judged in its eerie atmosphere, reminiscent of Jonathan Miller's 'Whistle and I'll Come to You'. There is genuine edginess in the dark man's shadowy presence, patiently awaiting his chance.

Unfortunately, a minus or two prevent a better viewing experience. There are some cringeworthy lines, stereotypical characterisation, holes in the plot large enough for the whole cast to fall through, threads taken up and dropped for no discernible reason. Most damaging is the supposed romance between Edward Underdown's policeman and Natasha Parry, the dark man's quarry. Not for a moment does it ring true.

It's not meant to be anything but entertainment, and in that sense it succeeds.

To the Lighthouse - The Dark Man review by CH

In this brisk hour and a quarter, there is adroit use of Hastings and the area along the coast - as well as equally moody interior scenes filmed in Merton Park studios. Anybody who starts this film will be sure to sit until the end - and then grasp the title of this review of a film far closer in time to Mrs. Woolf's novel than now. The film has a larger cast than her novel, with many neat small parts, such as the supercillious landlady of a modest hotel.