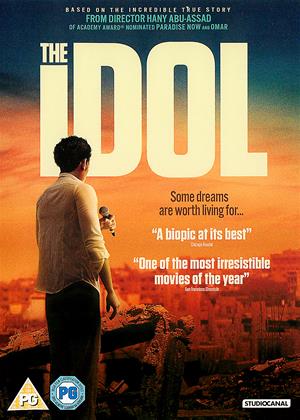 Synopsis:
Gaza. Synonymous to so many with conflict, destruction and despair but to Mohammed Assaf, and his sister Nour, Gaza is their home and their playground. It's where they, along with their best friends Ahmad and Omar, play music, football and dare to dream big. For Mohammed and Nour, nothing less than playing the world famous Cairo Opera Hall will do. It might take them a lifetime to get there but, as Mohammed will find out, some dreams are worth living for. Mohammed knows he has a rare gift. To make people smile and forget their troubles.
And so, in front of him on TV one evening lies an impossible dream: the auditions for Arab Idol, the most popular show in the Arab world, are taking place in Cairo. The borders are closed. There is no way out. Somehow, he finds a way and makes it in front of the judges in Egypt. From there, destiny awaits, a chance to change his life and give a voiceless people the greatest feeling of all: the freedom to love, live and feel free.
Actors:
Tawfeek Barhom, Kais Attalah, Hiba Attalah, Ahmad Qasem, Abdel Kareem Barakeh, Teya Hussein, Dima Awawdeh, Ahmed Al Rokh, Saber Shreim, Amer Hlehel, Manal Awad, Walid Abed Elsalam, Eyad Hourani, Ashraf Barhom, Nadine Labaki, Ali Suliman, Ali Jaber, Dima Al-Jamel Abu-Assad, Maisa Abd Elhadi, Hussein Nakhleh
Directors:
Hany Abu-Assad
Producers:
Ali Jaafar, Amira Diab
Writers:
Hany Abu-Assad, Sameh Zoabi
Aka:
Ya Tayr El Tayer
Studio:
StudioCanal
Genres:
Comedy, Drama
Countries:
Palestine, Comedy, Drama

This film, based on the real life Palestinian pop singer Muhammad Assaf, begins by observing the lives of four extremely cute and equally streetwise kids in the townscapes of Gaza, as they attempt to make a living - however small - as musicians. As one might expect, given the history of Palestine, they overcome numerous obstacles in pursuit of their dreams, and the movie punctuates their story with disarmingly haunting Arab melodies.

The actor playing the young Muhammad is convincingly like his real-life counterpart, and appears to be singing for real. The older player, on the other hand, is radically different in features from his younger self. Given that the older character's singing seems to be dubbed (though I'm not a great judge of this), I think a closer resemblance could have been found. Nevertheless, there are interesting scenes from both stages of Muhammad's life, where his self-pity is challenged by his sight of disfigured people moving about the streets and even by free-runners exhilarating through the bombed reckage that sadly is much of Gaza.

I found that I wanted to watch this movie two or three times in quick succession, which for me is always a sign of a good one. Despite the unconvincing young / older character change, the film promotes great messages about the value of music in bringing people together, releasing their grief and overcoming adversity. Definitely worth a look.