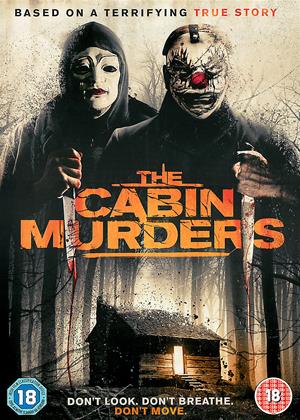 Reviews (2) of The Cabin Murders

This film is a pitiful waste of two hours and a blatant rip off of Last House on The Left. The story line is appalling and its never an 18, and the acting so wooden the cast needs Cuprinol.

This is the most technically accomplished of Andrew Jones’ North Bank Entertainments’ productions, and the most enjoyable since, I think, 2018’s ‘Jurassic Predator’.

Talky to begin with, it features decent acting throughout with a fine performance from noisy gum-chewer lead clown Don Taylor (Lee McQueen), and while the leafy, misty landscapes are clearly not anywhere near Utah, we do seem to get some cutaway shots of a snowy US state (the film is also titled ‘The Cabin Murders’) to lend some authenticity to the detail..

The interior location is the same as the one used for Jones’ 2017 ‘Cabin 28’, and this acts as a kind of sequel, with some characters returning from that film.

When the very likeable family are house-invaded, things take a decidedly nasty turn. There are moments of genuine shock - mainly fuelled by the fact that this was based on true events.

It’s good, nicely paced low-budget stuff and I had a great time with it. It’s restored my faith is North Bank Entertainment and hope this is the sign of similarly fine things to come. My score is 7 out of 10.