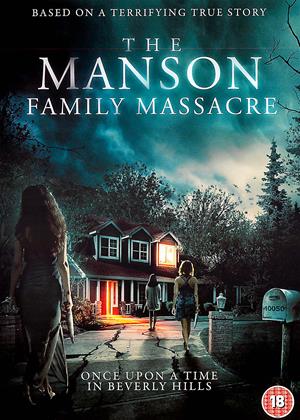 Reviews (1) of The Manson Family Massacre

A unique take on Manson's legacy ... - The Manson Family Massacre review by NP

Andrew Jones’ prolific North Bank Entertainment here features the notorious Charles Manson (an effective Ciaron Davies) and a young, ex-drug-addict singer/songwriter Margot Lavigne (Brendee Green) who decides to move into 10050 Cielo Drive to record her new album. This is, of course, the address where the murders were committed in 1969, 23 years before Lavigne’s story takes place.

The story is an interesting fusion of fact and fiction and demonstrates once more Jones’ skill at telling an intimate tale in an economic but powerful manner. In some ways this might be his most polished film yet; certainly there are many interesting directorial flourishes used to demonstrate Lavigne’s state of mind at some stages. Although the interiors seem to be the same as those visited in some of his other projects (‘The Utah Cabin Murders’ most recently), there are plenty of aerial shots and panoramic views of Cielo Drive, Spahn Ranch and Loss Angeles to convince us this isn’t really produced in Wales, UK! It does this fairly convincingly, although some of the accents are less successful.

Brendee Green is excellent in the central role as the troubled singer, as is Ciaron Davies as Charles Manson. Davies improvised many of his lines, with only the over-use of ‘mother-f******’ as a singular term of abuse suffering from a certain repetition. These performances make up for those less-polished efforts in lesser roles, although it is great to see Jones regular Lee Bane as Gary Hinman and Lee Mark Jones as hilarious TJ, who has a brief meeting with Lavigne before rushing off for ‘a wazz’.

There’s lots going on here. But for the most part, we know who is who and what is what, although the flashbacks might have been more clearly sign-posted. This is an interesting and unique take on the Manson story, and leads us to believe his influence might never come to an end. My score is 7 out of 10.