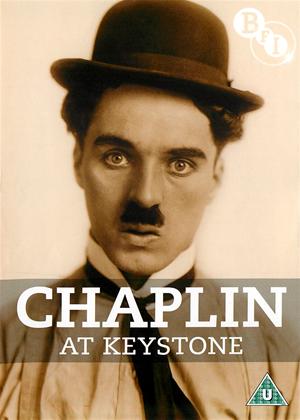 Reviews (1) of Chaplin at Keystone

In terms of the history of cinema, this is an extremely valuable collection. It's little short of a miracle that nearly all of Chaplin's Keystone films survive at all, and it is testament to the painstaking restoration efforts of the various parties involved that they exist in the state presented here.

But what can the viewer expect from sitting through all 35 of the films in this set, including the feature length 'Tillie's Punctured Romance', constituting more than 9 hours of viewing? Frankly, they can expect a test of patience and endurance, and slim pickings when it comes to entertainment. You will need to be either seriously interested in Chaplin, seriously interested in the history of cinema, or just very stubborn indeed to make it through the entire set (or, like me, a combination of the three).

I went into this having never really seen anything earlier, in terms of film comedy, than Chaplin's feature films (starting with The Kid in 1921) and some of Buster Keaton's short films, like Sherlock Jr (1924). I'd certainly never seen a Keystone film, despite being vaguely aware of the concept of the Keystone Cops. The films presented here were all made in 1914, and I was genuinely taken aback by how crude, repetitive and unsophisticated they are. It's a relentless stream of kicks to the backside, people falling over and waggling their legs in the air, chucking bricks at each other and falling into lakes. On one hand it is mystifying to think that audiences at the time howled with laughter at these antics, which undoubtedly they did - on the other hand, it would hardly be difficult to make a case to say that modern mainstream audiences continue to flock to the cinema to see extremely repetitive films (Marvel, Fast and Furious, endless sequels and reboots etc).

It must be remembered that this was Chaplin's first foray into film, and at the beginning he had little or no creative input, having been hired primarily to replace the outgoing Ford Sterling (seen here giving a ghastly, gurning performance in 'A Thief Catcher). It's well documented that Chaplin did not think much of Keystone's frenetic, chaotic approach to comedy. It's also worth acknowledging that these films were churned out at an unbelievable rate - all 35 films presented here were made and released in 1914, and these are only the films featuring Chaplin - I am sure a great many more not featuring him were made in the same period. So, for me the main point of interest in making my way painstakingly through all of these films was to look for evidence of how Chaplin tried to work within the restrictions of the studio's requirements, how, if at all, he was able to subvert them, and to look for evidence of his development towards the figure of the Little Tramp that he would later become so famous before.

I say that he would later become the Little Tramp, because although the embryonic beginnings of the tramp character are in evidence here, it is a far cry from the character you would recognise from Chaplin's feature films. In these early shorts the tramp is a rather unlikeable character, with a cruel, vindictive and violent nature.

After a while, Chaplin begins to get some creative control, being allowed to write and direct the films himself, and from that point onwards there is some evidence of creative growth and an attempt at least to move away from Keystone's conception of comedy. But it is a gradual, faltering process, and the necessity to keep churning these films out means that plenty of the Chaplin-directed ones are just as tiresome and forgettable as the earlier one. But there are glimpses of light: 'Dough and Dynamite' is still reliant on slapstick but it is at least slightly more refined and artful; 'The New Janitor' is probably the best film on here and the clearest indication of where Chaplin was heading.

For the rest, enjoyable performances from the likes of Chester Conklin and especially Mack Swain help to lift the spirits.