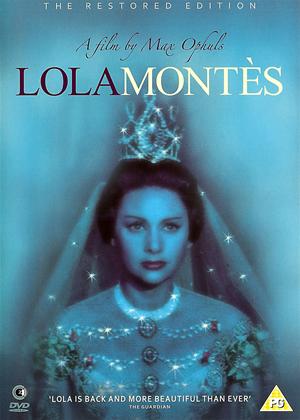 A painfully unhappy tale, harshly presented. The episodic style of its show ground presentation here does nothing to reduce a superficially brutal lack of compassion – despite Ophuls genuine understanding and feeling for character. A skilful presentation, indeed, and conceptually valid, but the film is not one which I should have been proud to have made, nor one which I greatly enjoyed watching. Perhaps I am disappointed that the film is plain entertainment rather than a probably impossible attempt at historical truth. That, however, is a purely personal and emotional reaction, and what else should a good film provoke? You must judge for yourself.

I often found the soft and rapid French dialogue agonisingly hard to follow – my weakness, no fault of the film – but oh, how I wish we COULD have French sub-titles!

Take the above as a first assessment – but I reflect and am puzzled. The film has excellent leading actors whom I admire; an outstanding director, whom I also admire – while I can watch “La Ronde” or “Madame de ...” repeatedly, I found it an effort to see Lola Montes through to the end. Why? La Ronde takes 80 minutes, Madame de ... 95; Lola is only 110 but felt twice that. It is a very lavish production, brilliantly filmed and choreographed, well acted – yet somehow the light touch and wit of La Ronde have been replaced by spectacle and cleverness and something has drained away. Had Ophuls had his way, Danielle Darrieux would surely have done better than Martine Carole? People imagine that Ophuls was Viennese ... perhaps here he has returned from the wit of La Ronde to his true origins in Saarbrucken’s heavy industry of meticulous and accurate craft work! – or is it just the producers and too much money?

The commentary by Susan White is very helpful, though a bit pedestrian, and emphasised my recognition of the sheer brilliance of the direction without encouraging me to feel any more engaged by the film as a whole. Judge for yourself – I am sure I must be missing something! (The restoration has been an excellent achievement, as the commentary makes fascinatingly clear.) The commentary on Max Ophuls and the making of the film is superb. I was delighted to hear that he dide not like using cinemascope ... too often the choice of spectacle over content ...