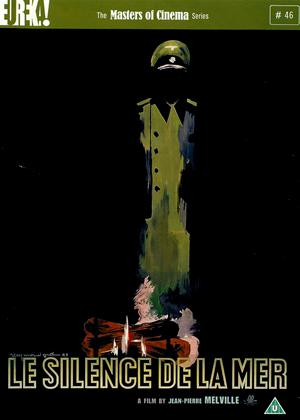 Synopsis:
'Le Silence de la Mer' - Jean-Pierre Melville's debut film - is an adaptation of the novella of the same title by celebrated French Resistance author Vercors (the pen name of Jean Bruller). Clandestinely written in 1942 during the Nazi occupation of France and furtively distributed, it captured the spirit of the moment, and quickly became a staple of the Resistance. Melville's cinematic adaptation - partly shot in Vercors' own house - tells the story of a German officer, Werner von Ebrennac (Howard Vernon), who is billeted to the house of an elderly man (Jean-Marie Robain) and his niece (Nicole Stephane) in occupied France.
Resisting the intruder, the uncle and niece refuse to speak to the German officer, who warms himself by the fire each evening espousing idealistic views about the relationship between France and Germany. These propagandised illusions are shattered, however, when a trip to Paris reveals the truth of what is really going on.
Actors:
Howard Vernon, Nicole Stéphane, Jean-Marie Robain, Ami Aaröe, Georges Patrix, Denis Sadier, Rudelle, Max Fromm, Claude Vernier, Max Hermann, Fritz Schmiedel
Directors:
Jean-Pierre Melville
Producers:
Marcel Cartier, Jean-Pierre Melville
Writers:
Vercors, Jean-Pierre Melville
Aka:
Le Silence de la Mer
Studio:
Eureka
Genres:
Drama
Countries:
France, Drama

Rent other films like The Silence of the Sea

Reviews (1) of The Silence of the Sea

This is one of those films that matters in ways unconnected with the qualities films are normally judged by, therefore film critics automatically give it five stars, but ordinary viewers won't see what all the fuss is about. It's based on a book highly critical of Nazis that was illegally printed and distributed in Nazi-occupied France, so many people, including the author, risked their lives in connection with this book to inspire the French public. Which was very noble of them, but that doesn't make it great literature. And as for most of the movie being shot in the house where the book was written, so what? You wouldn't know that from watching the film, so it's irrelevant.

A German officer is billeted in a large house occupied by an elderly Frenchman and his niece, who, by way of passive resistance, pretend he isn't there, even though he insists on wandering into their living-room every evening and talking about various lofty cultural topics to prove that most Germans are decent people and their invasion of France is really the best thing for both countries. Of course, however honorable and well-meaning he is, he's also incredibly naïve. And then one day he finds out that being a "good Nazi" is a contradiction in terms; either the twisted ideology corrupts you, or you eventually realize that Naziism is totally evil.

This is all very well, but when almost the entire film consists of one of the three significant characters delivering monologues while the other two sit in silence ignoring him, it's inevitably going to be a wee bit one-paced. And while it's an interesting change for wartime anti-Nazi propaganda not to portray all Germans as one-dimensional monsters (though we do meet a few of those later on), and instead show us a good German who supports the Nazis for good reasons but is actually making a tragic mistake he eventually admits, this film isn't what you could honestly call action-packed. So little happens that almost the entire plot could have been condensed into a lecture entitled "Why I Voted For Hitler And Why I Was Wrong".

However, credit has to be given to Howard Vernon, who supplies about 90% of the acting in the entire movie, and does it very well, convincingly portraying a deeply conflicted man trying to persuade himself he's doing the right thing when all along he fears he might not be. Devotees of schlock will be very familiar indeed with Howard Vernon, thanks to all those Jesús Franco movies he appeared in, and his performance here is good enough for it to be a complete mystery why he spent so much of his career working for the worst director who ever lived, and appearing in garbage like "The Erotic Rites Of Frankenstein".