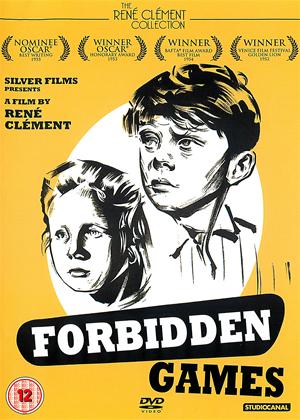 Classic, bitter-sweet tragi-comedy - one of the best films ever made - Forbidden Games review by PV

This film is a classic and fully deserved its Oscar in 1952.

The script is superb, with family feud subplots mirroring the conflict all around, as is the acting. The multi-faceted story is driven by character - and how characters psychologies cope - against the awful backdrop of the war. But perhaps this film is mostly about class - and how a middle class little girl from Paris fares in a French peasant family.

The music too is excellent ('La Source', I think).

This film is far better than most French films today, for sure! The same child actor (the boy) starred in Les Diaboliques, another Gallic classic.

One thing that stands out these days: the treatment of children by their parents in this movie would probably count as child abuse today, though - which shows how silly our culture has become rather than how brutal they were 60 or 70 years ago!

And the ending (which I won't spoil) wouldn't be done today, especially in Hollywood, which follows the boring template of structure for every single movie.

But this is a real classic, and if you haven't yet seen it, you're in for a real treat. 5 stars.

Rural by pace and atmosphere - Forbidden Games review by JD

The central theme of this film is death. First the death of the parents of the 4ish year old girl and then the 6ish year old boy's brother and then several animals.The setting is a remote, very rural, slightly backward, French farmhouse in the 2nd world war. It doesn't sound great but it is a really emotional journey from the point of perspective of young children. I have not scored it higher because of the acting, the children which while being excellent for their ages is only fair and the adults again is only fair.

Typical French film....wonderful portrayal of rural life during the 2nd World War. The kids are excellent, and uneven casting of the adults doesn’t seem to undermine the film at all.

As ever with old French films.......charming.