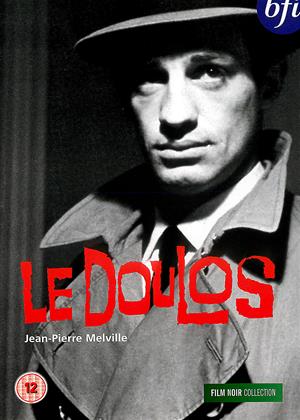 This is almost a masterpiece. Criminals with a perverse yet inflexible code of honor interact with each other as if they were pieces in a game of chess between the Devil and Richard Nixon. Characters constantly surprise us by doing something callously evil for no reason at all. Then their motive becomes apparent. Oh, but wait - was that really why they did it...? The plot has more twists than a centipede doing the hokey-kokey. Just about everybody manages to betray somebody somehow or other. Many of these betrayals end up being ironically inverted, but so do apparent friendships. This is a dark, twisted world in which you really don't know who your friends are!

This really is a film in which you honestly don't know what the characters will do next, still less why, in a way which makes you keen to find out. Its main flaw is that the web of double-triple-whatever-crosses is too intricate, at the expense of the extra character development which the movie would have benefited from. The not entirely dissimilar "Goodfellas" went to great lengths to give us everybody's backstory. Here, we have major characters committing seemingly inexcusable acts because of things we later find out about that happened to people who are barely in the film, or aren't in it at all and are merely mentioned in passing. This does not endear the protagonists to us, or make us care what happens to them. By the way, there are literally no "good guys" in this movie whatsoever, including the cops.

As a truly relentless film noir that dares to be far darker than anything made in America at the time, and will genuinely throw quite a few surprises your way, this is well worth seeing. It's just a pity that the major characters aren't developed enough to make us care a bit more about them, especially as they have a habit of mercilessly doing horrendous things to other characters so underdeveloped that we have no sense of why they could possibly deserve such treatment. Still, although it may be flawed, this is definitely a milestone in the film noir genre, and fascinatingly different from everything Hollywood was doing at the time.

The title means "hat" and in this context is slang for a police informer. It is another Jean-Pierre Melville's homage to the American gangster movies of the 1930s.

It contains all the ingredients of the classic gangster movie some of them verging on the cliché. The trench coats, the snap-brim hats, the so carefully positioned cigarette dangling from the mouth and the night club scenes. The black musicians, the dancer on the counter, the staring clientele and the barmen who see everything but say nothing. The women in the film are mere decoration, used and abused.

Jean-Paul Belmondo is louche in every muscle, he smiles once but it doesn't suit him.

There is cross and double-cross and not many left standing at the end.