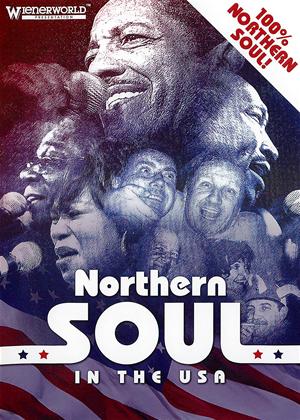 Synopsis:
An amazing documentary chronicling the greatest Northern Soul live event ever... Featuring fascinating interviews and incredible live performances from legendary artists, many never before seen on film. Two years in the planning, SoulTrip USA to Los Angeles in March 2004 has already gained legendary status on the UK Northern Soul scene. For the first time, this incredible event, organised by Kev Roberts and US resident Gabby, brought this famous British dance cult to the home of the music beloved of it's followers.
SoulTrip USA, attended by around 1,000 Soul fans from the UK, US and around the globe, played host to a galaxy of over 50 West Coast writing, producing, arranging and performing stars from Motown, Mirwood, Capitol and a bevy of other legendary labels. Included on the rosta were Frank Wilson, Kim Weston, The Olympics, Garland Green, Fred Smith, Miles Grayson, Freddie Hughes, Brenton Wood, Jerry Williams, Thelma Jones, Dean Courtney, Alex Brown, Jimmy Raye and so many more. However, despite so many stars being in attendance, the event's crowning moment was the arrival on stage of a long forgotten act from the Capitol stables, finally tracked down after almost 40 years. The crowd exploded as Alexander Patton burst into 'A Lil' Lovin' Sometimes', a storming anthem for the Northern scene since its UK release in 1966. Still a great singer, his impressive performance was capped by a tearful reintroduction on stage to mentor and producer James McKeachin, the man also behind such classics as The Furys' 'I'm Satisfied With You'. SoulTrip USA, Los Angeles 2004 - if you were there you'll treasure this reminder; if you weren't, then you can't miss this unique record of this defining event.
Actors:
Various Artists
Studio:
Wienerworld
Genres:
Music & Musicals

Rent other films like Northern Soul in the USA

Reviews of Northern Soul in the USA