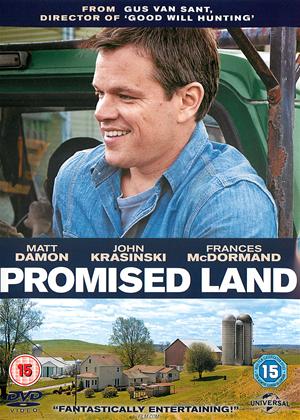 Is this movie anti-fracking propaganda? Yes.

Is it achingly worthy, smug and sanctimonious? Yes.

Is it utterly unrealistic (as in a saleswoman for a $9 billion corporate having an old banger of a car that won't start'; as in a character being prepared to throw away their whole 6 figure salary and career)? Yep.

But having said that, it's a watchable movie. The last reel is the worst by far, as in many Hollywood movies, where the schmaltz and happy-ending-obsession goes into overdrive.

I am sure smug Hollywood types - who earn millions, several cars (incl a Toyota Pious or two), several homes and who have a carbon footprint the size of Canada - will make more propaganda like this. And perhaps the other side will too. And so the battle between the pro-fracking lobby and the anti-fracking lobby will continue on film for decades. But the hypocrisy is stark.

And I can't watch Matt Damon any more without seems him in Team America World Police. He is, like Sean Penn, smug, self-righteous, irritating beyond belief (and often ignorant and badly informed too).

3 stars - it passes the time but the plot of this film is simply not credible.

Yes, by choice of subject this is anti-fracking but to my mind (and experience) this is more anti-major corporate bullying and shenanigans .

Some, but not all of the tricks and games played out in real life are "exposed" e.g. dressing down to fit in with locals, getting drunk in local bars, buying second hand beat-up car to defeat the perception of big time company with big time money to give away, sponsoring local events to buy friends and last but not least the part played by environmental groups.

If you are a Damon or a Frances McDormand fan this is plain good fun.

It’s been 16 years since Matt Damon has worked with Gus Van Sant, unless you count the hilarious cameo the two have in Jay & Silent Bob Strike Back, and Promised Land oddly feels like a much more personal film for the two as they work yet again from a script written by Damon and co-star John Krasinski.

Following two employees of a natural gas company named Global, Steve (Damon) is a man selling a better life and Sue (Frances McDormand) is a woman just doing a job for a better life with her son. The two come to a small country community to buy the rights to the shale under their land but when Dustin (Krasinski), an environmentalist arrives their attempts to convince the community to sell becomes an uphill struggle.

The film really follows Steve as his connection to this small community through mutual problems and issues begins to corrupt his conviction as he tries to persuade the community to ‘save itself’ as he puts it. The differing views between the community and Steve may seem like the films point but what emerges from a late twist is that the film is really about the two sides of the man, the conflicting sides of a man who deeply understands the people he is conning.

Damon makes this struggle engaging while also making Steve’s more abrasive aspects more tolerable. Krasinski is equally impressive as Dustin, a man who is just as hidden and two faced, an environmentalist looking to get one up on not just Global but also everyone around him. Not driven by conviction but by his love of the act of fighting, of battling something to make himself feel better, the film paints him like the bad guy and ultimately its hard not to see him like one but deep down the film makes his point without stooping to his level.

Promised Land is a beautiful film not just in its layered story but also in the way Van Sant shoots it, bringing the best out of the countryside he is praising, the community and lifestyle shining through the films self centred plot to show a side of America that is slowly slipping away, the kind of community we all secretly crave even if we don’t accept it.