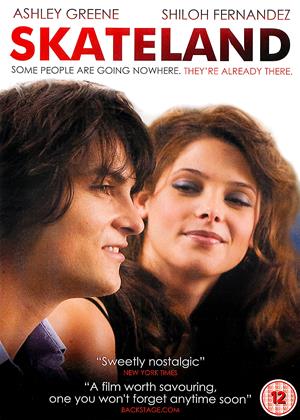 An indie movie about the transition into adulthood Skateland tells the story of Ritchie, the manager of a local roller park where he and his friends have hung out for years. Yet the roller rink is closing down and Ritchie is forced to make a definite decision about his future.

Despite its independent background Skateland is slick and well produced with a definite air of money about it. Which is unexpected enough for those sitting down to watch an entrant to Sundance’s dramatic category, what comes as even more of a surprise, and not a pleasant one, is the plot.

Where most indie teen-coming-of-age movies have some darkness or irony about them, Skateland plays the story utterly straight, and it makes the piece completely predictable. It would make more sense to see a Disney stamp at the end of this movie, as it concludes with a neat tying-all-the-ends-up lovers-reconciled moment that would not be out of place in a Hollywood teen rom-com.

The cast are the movies strong point, some of whom are better than others, whilst in places the writing is very strong indeed. Neither of these can distract away from the movie’s lack of originality however, which spoils the movie entirely.