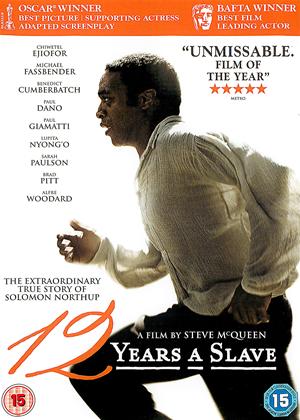 I feel bad about criticising a film that tries to tell an important story in a simple way without resorting to stereotypes. There are many aspects of the film that are truly impressive, the cinematography and the acting is first rate. I just wasn't gripped by the film, it truly meanders at time and fails to give depth to the characters despite the actors efforts. It really fails where something like Schindler's List succeeded, I expected to be uplifted by the end but just felt there was more to tell of his interesting life.

It is the American way to overdo things, labour points and 'Disney-fy' every story they tell. This should have been a great film about a the depths that man is able to sink to and intolerable cruelty. Instead, it drags on and on and on and labours the most painful points so badly that you feel the film-makers are assuming you be too slow-witted to keep up.

Of course it won awards. It's a 'popular' subject these days and there's nothing like piling people on board the bizarre guilt-trip that we are all supposed to be on for things that we couldn't possibly have altered!!! Honestly, I think Tarantino's 'Django Unchained' packs more of a punch in reminding us of how brutally evil mankind can be.

As mentioned by another reviewer, this film fails in the way that 'Schindler's List' succeeds. With such bleak subject matter, why make it all so 'Hollywood'? Again, previously mentioned, the depiction of "pantomime white villains and angelic blacks" does the reality no credit.

'Slavery is a tragedy that should befall none.' - 12 Years a Slave review by Milstead On Movies

12 Years A Slave is a remarkably harrowing and uncomfortable watch based on the true story of Solomon Northup, a free black man living in pre-Civil War New York, abducted from his wife and family and sold into the diabolical slave trade where he spent each day doing all he could to survive.

Director Steve McQueen (no, not that one) isn't afraid to show all the horrific ordeals of forced slavery, mothers separated from their children, 'inferior' workers flogged, whipped and occasionally hung.

Every single performance in this film is fantastic, Chiwetel Ejiofor appears in virtually every scene, mostly as a passive character who witnesses and experiences all the atrocities, but his performance is nevertheless excellent, especially in the closing stages. Lupita Nyony'o thoroughly deserved her Supporting Actress Oscar as Patsey, whom Solomon befriends on a cotton plantation owned by the seething, dictatorial, cynically evil Epps (Michael Fassbender).

Not all the white people are the bad guy though, and some of them even help Solomon to win back his freedom, but these characters are few and far between and even those who do have redeeming qualities simply don't lessen the impact of Solomon's ordeal.

It's no surprise at all that this film was named Best Picture of 2013. An accolade most truly deserved.

This film was massively hyped, yes; many reviewers say how painful it was to sit through (as though they'd never heard of bad things happened to people before!). There is lots of racial politics going on here too, and a definite craving for victimhood in the reparation debate now. So I shall just stick to whether this is a good film or not.

Well, yes, it is a good film up to a point. Buy BOY does it labour the point! The doomy music and pained expressions may appeal to a US market, but I found it overdone.

It wants you to wince and cry - and not doubt some will - but I could just never emotionally connect with these characters, which surprised me. I remember watching Roots and really connecting then with Kunta Kinte. I shall have to rewatch that on DVD to see if it still does, or if maybe I have become too cynical - but I just didn't connect with the characters and I thought there was plenty of overacting too (esp in the female queen cotton picker character; the lead man character is excellent and he SHOULD have won the Oscar). I suspect I'd find the book more interesting.

I also didn't like the way the slaves all seemed so well-dressed and healthy. Silly.

Silly too that slavery is not really put in context; this is the 1840s and most whites were little more than slaves anyway, arguably - I think most who watch this movie will assume all whites were rich and privileged from this movie, Nonsense.

Plenty of good people supported slavery - black and white, Arab Muslim and Christian - all over the world. That point was missed by creating pantomime white villains and angelic blacks. No nuance here.

So 3.5 points, This is not a masterpiece at all, but a well-filmed biopic. One which maybe had to be made - but mainly aimed at a US market, which is why it wallows in its pity party polemic. Good, but not that good.

black and white - 12 Years a Slave review by PW

On the upside this film looks amazing and is chock full of fine acting.

On the downside it has no shades of grey or true historical context - looking up the origins of the book on which the film was based makes for interesting reading and shows an awful lot of artistic license from the movie makers. Also the characters are devised simply to portray that all white men are bad, and that all black men are good which really lets the film down and patronises the viewer.

If you understand that slavery was then, and is now, appalling in all its forms then you don't need to see this film, and be warned that there are scenes of cruelty and violence that are endless and upsetting. If you have thick skin however and don't know what slavery looks or feels like check it out.

I agree with the 6 reviews that go before me. I particularly liked the alliteration of PV "pity party polemic". Scoring two 1 stars, two 3 stars and two 5 stars is an unusually wide diversity of rating. Roots was an excellent ground breaking film into the evils of slavery in America. A difficult film to improve on. As I remember though Roots focused mainly on the capture in Africa, transportation to America and then the extreme subjugation of previously content, free tribesmen. 12 years features a less common practice of kidnapping American blacks and then subjecting them to constant, often sexually motivated, violence to the point of murder. There is more hanging and whipping in 12 years than other slave films. The sickening violence maybe helped to secure so many accolades. It is certainly well acted and shows slavery as the corrupting and decadent practice that it was. The characters are however extremely stereotyped and made me feel that the point was being made rather too simplistically. I am surprised that it was rated at 15 with as much rape, flogging and murder as there is. I think this goes to show the box ticking mentality of the censors: was there any nakedness? No. Did any one swear? No. It's not an 18 then. The 15 certificate may be what they were aiming for as a demographic. Simple, violent and haven't seen the older better slave films. Is it worth seeing? In my opinion, only when you have seen Roots as a serious film and Django Unchained as a partly serious and partly comical film, both of which are far more complex and rewarding.

Maybe this is a good film for people who have absolutely no clue about history and no ability to imagine pain and suffering. For the rest of us it is often patronising and too focussed on detailed awfulness. I don't need to to see violence and abuse delivered in fine detail in prolonged scenes to get the message. That just depresses me and makes me doubt the motives of the film-makers.

However, the story is powerful and the acting exteremely good.

Painful and harrowing to watch, brilliant acting and filmwork but too uncomfortable to be enjoyable, one that you probably need to see. Leaves me wanting revenge for those poor poor souls that had to live through this shameful period for mankind in time! Shocking that one human being can be so heartless to anything least of all another human being.

An utterly unflinching and unashamed look at one of the biggest failures of men against their own kind, 12 Years a Slave is one of those films that leave a mark on your long after you leave the theatre; a masterpiece with more than just a movie-message, but rather a memory that reaches deep into social and personal consciousness.

Telling the true story of a black man born free in New York in the early 19th Century Steve McQueen’s newest film follows the shocking and tragic events of Solomon Northup (Chiwetel Ejiofor), a proud and hard working family man who, following an offer of a week’s worth of well paid work in Washington leaves his home to chase success few African Americans could hope for at the time.

The night after a drunken celebration however Northup awakens to find himself in an unfamiliar and dark place, what follows is one of the most nightmarish scenes I have yet witnessed, as he attempts to rise only to find heavy chains trailing from his limbs and catching the small amount of light in the room, causing them to glint like knives.

Using a fairly non-linear narrative pattern McQueen steps back and forth between the present – and the still rumbling repercussions of Northup’s enslavement – and the darker past; yet his controlled directorial hand and the exceptional performances keep audiences engaged from start to finish. With each minor kindness offered by Solomon’s slavers the audience is offered a consequence, a painful stab in the back often incurred years later, whilst McQueen and his editor Joe Walker deftly manipulate time and space to ensure each of these blows finds the most painful point at which to strike.

Moving further and further South through America Solomon, now facing the ultimate humiliation renamed Platt by his new masters, experiences the spectrum of plantation owners – from a God fearing man (perfectly played by Britain’s current “it actor” Benedict Cumberbatch) who attempts to aid his newest acquisition by providing him with a fiddle to entertain himself to a violent and hypocritical master who both beats and sleeps with his slaves at regular intervals.

Although I have given 12 Years a Slave the highest rating available to me in my capacity as a reviewer I would certainly not say that I enjoyed watching the film, the film is challenge to watch (not just because of the deplorable violence openly displayed on screen) and at more than two hours it isn’t easy to sit all the way through. Yet it’s raw emotional depiction of humanity, both the good and the utterly evil, and incredible performances from the well selected cast I was certainly glad, almost grateful in fact, that I was able to watch the whole thing.