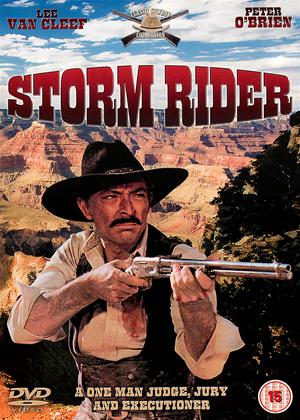 Sign up
I Am Sartana, Your Angel of Death

Sign up
Have a Good Funeral, My Friend: Sartana Will Pay

Sign up
They Call Me Trinity / Trinity is Still My Name

This might be a good film but I never found out, and gave up watching after a few minutes. It looks like a copy from a bad VHS tape, and probably the worst DVD transfer I've ever seen. I believe it's available in other releases.

Firstly, let's get the big problem with this film out of the way: the quality of the DVD transfer is abysmal. The color balance of the entire movie is so wrong it resembles that weird two-color technicolor they used very briefly in the 1930s before proper technicolor was perfected, and the resolution is so low that the film plays in a little window in the middle of the screen, because if you could see it full-size it would be just plain embarrassing. I have seen a worse quality DVD that wasn't a bootleg, but only once (if anyone's interested, it was "Mad Dog Morgan"). So although the movie has enough good points to just about merit two stars, this is definitely a one-star version. And since I had to order the DVD three times before I got a copy that wasn't too worn out to play at all, it's probably the best one available.

Lee Van Cleef was in seemingly endless spaghetti westerns round about 1970, because as spaghetti stars went he was the next best thing to Clint Eastwood, and much, much cheaper. Many of them weren't terribly good, including this one, and he obviously knows it, since most of the time he's not so much acting as sleepwalking. Which is a pity, since none of the other totally obscure actors involved, including the young man who gets at least as much screen-time as Lee Van Cleef, can act at all. There are numerous blatant lifts from other better-known spaghetti westerns, notably a lengthy and completely gratuitous machine-gun massacre, but these just serve to remind the viewer how much better-directed those films were.

A fair bit of violent action does occur, but it mostly comes out of nowhere after a lengthy spell of nothing much happening, and is poorly handled. Just about everybody's motivations are needlessly confusing, inadequately established, or sometimes completely unexplained - how the hell did the one-dimensional token love-interest girl get engaged to a man she's never met who doesn't have the slightest desire to marry her, and furthermore, turns out to be a psychopathic gay sadist with syphilis? The whole film is extremely badly plotted, and there are numerous jarring shifts between nasty killings we're supposed to take seriously and failed attempts at comedy, most of them involving horrible "comic relief" characters whose acting is even worse than everybody else's. I actually groaned out loud at the moment where the bad guys lined up all the completely irrelevant "funny" characters against a wall at gunpoint, and then inexplicably didn't shoot them after all.

This is a barely watchable copy of a movie that was only borderline watchable in the first place, and is for spaghetti western completists only. By the way, at no point in the film does anyone ride through a storm.