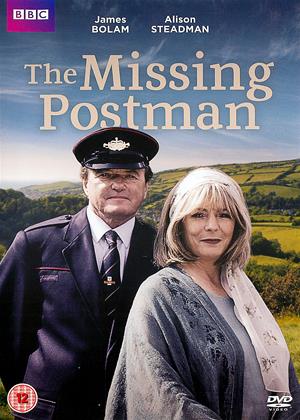 Reviews (3) of The Missing Postman

Somehow I Managed to `Miss' this `Film'' when it was First `Commissioned by BBC Drama (Scotland) due to NOT being `Networked'!?

ALL Character's WERE Believable due to `Casting' & Inspirational Storyline with mixture of `Pathos' & Sardonic Humour! In particular The Sorting Office Manager (Played by Robert Daws) was Reprise' of `John Barry!` aka' Mr Brittas! All in All A `Home Grown Gem' from British Film industry! May I recommend another `British Film of Similar `Genre' (also available on this Site) entitled "In Love with Alma Cogan" Set in Norfolk (Cromer) with Similar Cast Roger Lloyd Pack/Gwyneth Strong Keith Barron etc.,! `Vic' P

I seen this when it was first aired on tv and never seen it broadcast again (unless I missed it) so was nice to rent it for another watch.

A Postman's Round - The Missing Postman review by CH

“He's on a bicycle - you've got a Vauxhall Astra!” So a Police inspector (Jim Carter) is told irritably by a superior, several days into a case in which the eponymous The Missing Postman (1997) has pedalled into the sunset - and been sighted in far-flung spots.

A theme of this film, made for television by BBC Scotland, is that everybody is at the mercy of somebody above them, each level of employment as insecure as the others: people are always looking over their shoulders, fearful.

Matters come to a head for the postman, wonderfully played by James Bolam (who looks rather different in spectacles). He learns from a man in a middle-management suit that he is not being fired but should take early retirement: OCR scanning is being installed for sorting, despite its inability to cope with enclosed paperclips while, surreally, lights flash as the machinery stops when encountering anything addressed to Peterborough (to sort this out requires a visit by a specialist from Swindon).

Bicycling postman are no longer wanted either.

At news of this, his wife (Alison Steadman), seen from behind, leaps forward in the bath as she wonders how they will cope. She is a nurse, but is first glimpsed as her legs straddle the eaves of their house while busy with a re-tiling job, enviably undaunted by the scaffolding at her side.

This is rich stuff, no scene lasting long, a world so much encapsulated in eighty minutes that one might take it for Alan Bennett in an Ealing mode. In fact, it was adapted by Mark Wallington from his novel, and it has something in common with his popular accounts of travelling through England with his dog. The postman, on his last day, finds that - by some fluke of new technology - his bag contains letters destined for other parts of the country. Perhaps inspired by borrowing a book about the Pony Express from the local branch library, he decides not to return to the sorting office but to hand them over in person.

And so it comes to pass that he misses out on the formal farewell (a strippergram, Nicola Burbridge announces that he if he is not back in the next five minutes, she is off as she has to collect a child from school: that is contemporary England in a sentence). As it is, he discovers a bucolic England when truck-dominated roundabouts give way to Gloucestershire's country lanes - all of it gaining from Debbie Wiseman's music which is redolent of Meoran and Vaughan Williams, with sojourns in pubs bringing new meaning to a postman's round.

Farce is balanced by the poignant, with a wild turn as the Daily Mail takes an interest in the fugitive (just as it later did in those two Tamworth pigs who made a bolt for it). And one hoots with joy as a young girl informs the police inspector in no uncertain terms that his crass arrival has ruined her open-air birthday party.

In these uncertain times, here is something to restore faith in the human spirit; it is as fresh as it was almost a quarter of a century ago, when cellphones were distinctly larger.

How I wish that I had seen it before now, and so could have told James Bolam how much I enjoyed it when I met him during a gathering at Petworth House about climate change. A good man, much more than a likely lad.