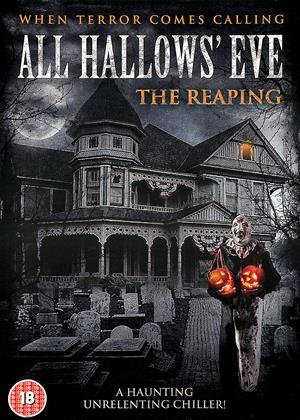 Rent other films like All Hallows' Eve: The Reaping

Reviews (1) of All Hallows' Eve: The Reaping

Surreal and original anthology. - All Hallows' Eve: The Reaping review by NP

Anthology films are few and far between recently. This project uses the structure as a way of showcasing nine often very short vignettes independently created by a different team and shown as a collection of unsavoury tales collected on a videotape. The tape falls into the hands, or rather is left at the door, of a young woman (Andrea Monia). The purpose of the videotape forms the enveloping story-line.

I won’t go into details about the instalments, because their originality is very satisfying and it would be a shame to spoil that. Sometimes, instead of any detailed story, they are simply moments, like in a dream, of surreal occurrences which are nevertheless detailed and grounded enough to satisfy on their own merits. There are moments that had me turning away due to the graphic special effects, but this is far from drenched in gore. Rather, each weird tale builds up an ambience that is deliberately uneven and unpredictable.

This is a sequel to the original ‘All Hallows’ Eve’ (2013), which was directed and produced by a different team. According to some reviews, the original was superior to this. This excites me, because I haven’t seen it, and for the most part, I found this refreshingly original and generally well made.