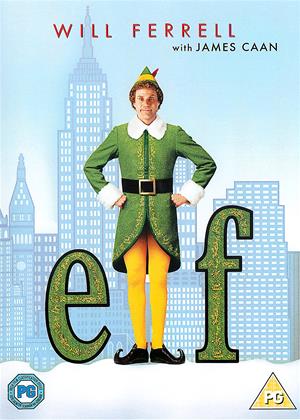 I have only just watched this film and am a bit baffled at how I managed not to see it over the last 15 years since it was made!

Anyway, I did really enjoy it - especially the first half. The second half gets predictably silly and schmaltzy and slushy like almost all Hollywood movies and comedies. However, the first half has some classic moments and lines, so 4 stars because of that.

It's basically a classic FISH OUT OF WATER comedy - like SPLASH or BIG or the rest - an old trope, but an effective one. Basically, the Elf character is stuck at toddler age in an adult's body with the added elf issues he has!

I love some of the lines such as: "You sit on a throne of lies!" - lots of visual comedy too, like a snowball fight and other scenes.

Love the way they sing BABY IT'S COLD OUTSIDE which the snowflake metoo mob want to ban for supposedly promoting date rape. What a bunch of McCarthyist witch hunters those extremist feminuts are!

I also liked this as I know the mad world of publishing and some of the real cases you get working in it, and that includes agents - they ALL know nothing: this is what I have learnt.

Would have been 5 stars if the 2nd half hadn't gone OTT (and I think the boy is miscast really) - but the 1sy half gets 5 stars, the 2nd half 4 stars, so 4 stars overall.

AND I liked the animated parts - esp when I saw in the credits that the legendary animator (SINBAD, JASON AND THE ARGONAUTS) Ray Harryhausen did the voice for the seal pup! Wow! Just WOW!

This film is hilarious, such a wonderful film for children & adults, watch this & it really puts you in the Christmas spirit, one of the best Christmas films I have seen, not to be missed, enjoy