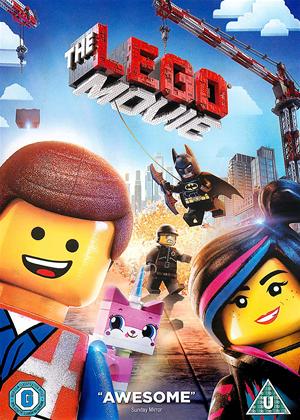 Reviews (4) of The Lego Movie

Don't get it! - The Lego Movie review by CM

We gave up on this half way through! I'm not sure which audience the film is aimed at. In fact that may well be why we thought it didn't work. Too silly for adults and too many wordy or topical 'jokes' for kids. In short, trying too hard and pleasing.. well not us for sure. Really can't understand why its rated so highly. Not a patch on the wonderful Up or Despicable Me for example and certainly not better than Toy Story as another reviewer would have it.

The suitability for adults had been exaggerated by a critic. It is first and foremost an animated film using Lego, in which there are goodies who fight the baddie. There is also a theme of a political state in which the workers are brainwashed into blind consumerism and production which I imagine is to spice the film up for those older than 12. It remains however a great film for 5 - 10 year olds.

Great Voiceovers, Good Story for under 10s - The Lego Movie review by KG

Watchable by adults, enjoyed by children. Annoying repetitive song 'Awesome', seems to be the bit the kids like best and the adults hate the most.

Quality actors doing the voiceovers add to the movies credence.

Nice story that takes the movie to a conclusion

A Great film - The Lego Movie review by BJ

I thought that this was a really enjoyable film for adults as well as kids. Written well and funny and much better than Toy Story.

The Lego Movie (aka Lego: The Piece of Resistance) review by George Hooper - Cinema Paradiso

Whoever came up with the idea to make a Lego movie in the first place expected the cynical views of most of the viewing public I assume because not only does the movie face the criticism head on but it happily makes jokes at its own expense making a playful kids movie into something much more enjoyable to the adults dragged along to it.

The film follows Emmett (Chris Pratt), a regular builder who finds himself forced into a conflict between good and evil when he happens upon an ancient relic that is said to have the power to stop an ancient weapon in the possession of Lord Business (Will Ferrell) and his lackeys. With the help of Wildstyle (Elizabeth Banks) and her many allies he might just be able to defeat Lord Business and save the Lego world.

While a whole world made out of bricks seems ludicrous and incredibly hard to craft, the animators behind the movie manage it remarkably well. The action is entertaining and clear, the vast realms are unique and even a little bit cheeky (a realm mocking Peter Jackson had me laughing). Even the characters have their own quirky character traits like their detachable and unstable hair pieces to the ease in which legs and other extremities can be removed without serious problems.

The best part however is the willingness of every voice actor involved to mess with their own celebrity status with Morgan Freeman playing his usual sidekick character with added sass and Liam Neeson giving one of the films lead villains an unexpected and oftentimes hilarious twist. The whole film is full of pop culture references aplenty and while most of these will go past the regular child audience, it may in fact keep the adults in far better spirits than the kids