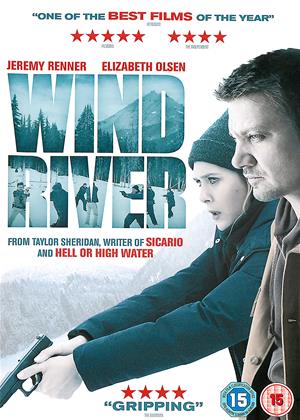 I thought this was better that some other reviewers. The wintry bleakness of the landscape is powerfully conveyed, as are the bleak lives of the American Indians living in the reservation. Renner gives a convincing performance as the melancholic hunter. It is a thriller although slow-paced, and the revelation of whodunnit is a bit of an anticlimax. And it is true that some of the dialogue is mumbled. Overall I enjoyed it.

Elizabeth Olsen feels like the token woman in this thriller set in on native American reservation. It touches on the social problems of the inhabitants, but mainly it's about a lot of macho men with lots of guns. Watch 'Frozen River' for a much better thriller in a similar vein.

8 out of 14 members found this review helpful.

Not a bad film really however totally spoilt by the appalling sound track. When will film makers take notice of their customers who ask again and again for a sound track where the speech is audible and not masked by a heavy , loud and annoying music track with sound pulsing .... apparently for atmosphere . Plus this particular film also had mumbling to such an extent that I needed the subtitles , used for the very first time, to allow me to understand what the heck was being said with almost every word.

I was impressed by this film - the acting is good and there are some clever directing moments in particular in the stand off between the security guards and the police officers. The landscape is suitably bleak but beautiful.

Unlike other reviewers I enjoyed this movie. The presence of a female FBI agent under dressed for the cold was not out of place. I found the drama very moving, and uniformly well acted. The plight of the native Americans, particularly the women - whose disappearances are apparently not recorded - is well portrayed. I was left with a profound message, from an exciting and entertaining film.

Well worth a look - Wind River review by PR

This is not half bad, looks like it didn't cost a fortune to make (which isn't a bad thing) and the acting and story are very good building to a strong climax, I would definitely watch it again & i can't give much greater praise than that.

This was a well made movie, well acted and an interesting story, but.......

The scene where a dozen grown men stand in a circle and end up shooting each other spoilt an otherwise carefully crafted film.

I guess that is what the young American audiences want, no surprise then that so many awful shootings occur in America ?

Really not sure about this one. Amazing photography, but of a slow burner and a little boring. Also perhaps ad I'm getting older and losing my hearing or something, or I kept needing to go back and turn the volume up to try and make out what was being said. Acting was good though.

What is the point? - Wind River review by PC

Three of us endured 40 minutes of mumbling . Lucky to catch one word in five

For me, being able to hear the dialogue is a fundamental requirement of amy kind of drama

3 out of 4 members found this review helpful.
Show more

A film such as Wind River, unfortunately, boasts a poster the claims it’s from the writer of Sicario and Hell or High Water. It’s a midwest Western that never quite reaches the same levels as the meaningful and contemplative nature of those previous films, favoring a simpler story of a murder mystery. But that’s okay, even if the film’s central theme about missing Native American women on reservations doesn’t quite so hard by the end. In its own dark and odd ways, it's a pleasing picture that still has the familiar grit from writer turned director Taylor Sheridan.

I dug the setting of the Wind River Indian Reservation in Wyoming. It’s cold, often dark, and so spacious that anyone could get lost in those dangerous woods. One morning the reservation discovers a dead woman, frozen in the snow, her body bloody. To investigate how this happened, wildlife expert Cory Lambert (Jeremy Renner) is called onto the reservation. With his observant son in tow, he drives through the thick snow to meet with Tribal Police Chief Ben Shoyo, played by the always charismatic Graham Greene. He’s not the only law enforcement on the case as FBI agent Jane Banner (Elizabeth Olsen) also enters the scene, despite not being dressed for the occasion of a coming blizzard.

Tracking down how this incident happened is not easy. The large stretch of Wyoming land where the tracks of the victim place her leads the enforcement into some dangerous territory, where both Native Americans and corporate workers are at each other’s throats. With such a long distance between civilization, tensions run high when gunfights erupt. If you’re shot pretty bad, there’s no hospital close enough to tend to your wounds. Jane asks Ben if they should wait for backup when approaching dangerous suspects. He tells her this isn’t that kind of community.

While Wind River doesn’t make a forceful push in its procedural drama, it leaves plenty of room to appreciate the atmosphere and performances. Renner never goes too far in his role, keeping it subtle and intriguing with how the mystery takes on a personal aspect without being too blunt. He’s very natural when it comes to smaller scenes of him connecting with his son and feeding horses. Olsen does a great job playing a woman out of her element, struggling to keep up with the locals that proceed much differently through a climate of thick white and uncooperative individuals that would sooner spill blood than information.

Greene is amazing to watch for how he effortlessly delivers some of the funniest lines in the movie for an old-timer too seasoned in these murders to not take them with a distracting joke if only to draw away from how this isn’t the first dead Native American woman on the reservation. Also worth noting is a fantastic, if brief, supporting role by Gil Birmingham playing a bitter father that isn’t quite ready to handle the death of his daughter.

Wind River is such a slow and beautiful film at times that it’s almost a shame it's too docile in its moody investigation to be better. It perhaps becomes too easy going when the soundtrack boasts music from Nick Cave, his deep lyrics washing over scenes of intensity that don’t require his vocals. There’s so much to like about the picture with its Midwest cinematography, brutal shootouts, and a gritty unease of isolation that it doesn’t need such additions. What it could use is a better focus on the end-credit commentary about how murdered and missing Native American women on reservations is a real issue. But even for a film that would rather let it snow with mystery and action, it gets the job done and does it rather well at times.