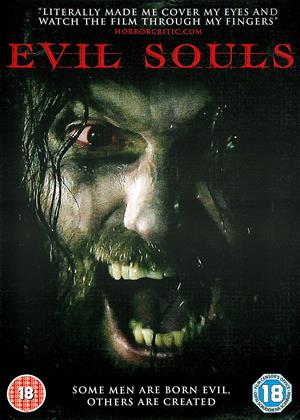 Synopsis:
Two childhood friends, Jess and Susan, awake to find themselves chained in a cell. They soon learn that the man who abducted them, Valentine, has terrifying intentions and it seems that the madman's penchant for blood may be more connected to the captives than first thought. A diabolical plot decades in the planning is about to be fulfilled. Valentine takes his two captives on a journey into their darkest fears, testing Jess and Susan's friendship - and their sanity.
As Valentine unleashes hell upon the women, Catholic priest Father Albert, sensing ancient evil, knows he must find a way to stop it, but the evil he discovers within Valentine does not want to stop and Father Albert's faith will be tested to the absolute limit as he tries to exorcise it from his body.
Actors:
Julian Boote, Peter Cosgrove, Holli Dillon, Lisa Holsappel-Marrs, Emanuele Ignomirelli, Paola Masciadri, Federico Rossi, Sean James Sutton
Directors:
Maurizio Del Piccolo, Roberto del Piccolo
Producers:
Roberto del Piccolo, Lisa Holsappel-Marrs, Moviedel
Writers:
Roberto del Piccolo
Studio:
Miracle Media
Genres:
British Films, Horror
Countries:
UK

There is a pre-credits sequence involving something unpleasant involving evil children. You might well be forgiven for wondering what on earth is going on by the time that opening title sequence rolls. Embrace that wonderment, because during the course of the next 93 minutes, it will become a good friend.

The usual constraints of a low-budget production happen here – some unpolished acting (which improves as the horror sets in) and a musical score that occasionally squashes the dialogue. That is something I readily ignore if the film is engaging. Sadly, writer/directors Maurizio and Roberto del Piccolo do everything they can to ensure ‘Evil Souls’ is not engaging a lot of the time.

There is a hugely over-the-top performance from Peter Cosgrove as Valentine, a devotee of The Marquis De Sade. He dresses in period costume and face mask and indulges in some eccentric Shakespearian dialogue. I end up quite liking him, although I’m not sure I’m supposed to. He specialises in kidnapping single mums, it seems, and ends up with old school friends Jess (Holli Dillon) and Susan (Paola Masciadri).

There are also some foul-mouthed prostitutes (including Valentine’s sister Maddie, played by Lisa Holsappel-Marrs. Lisa also plays Maddie’s mother, giving probably the film’s best performance; she also co-produces this) and a priest (Julian Boote). There are moments of briefly glimpsed gore. The Italian locations look very impressive, and there is a well conveyed mood-scape of bleakness and gloom, which makes the film as good as it is. And yet the story-line is simply impenetrable. Sometimes a confusing narrative can be successfully disorientating inducing an almost hallucinogenic effect on the viewer. Perhaps that is what is being attempted here.