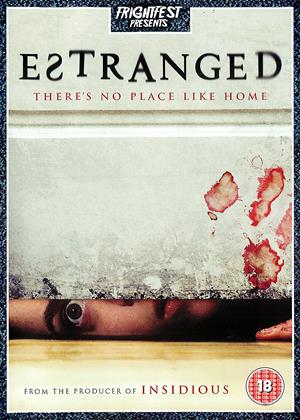 Synopsis:
January (Amy Manson) is forced to return home after six wild years abroad. A road accident has left her wheelchair-bound with amnesia. Not only has she forgotten her family, but also her childhood and is surprised to discover her home is a stately country manor. Trying to settle in with boyfriend Callum (Simon Quarterman) at her attentive side, she becomes even more distant from her family, who just want their old daughter back. The trouble is she cannot remember who that person was, or why she fled in the first place. Now she must learn all over again how terrible relatives can be.
Actors:
Craig Conway, James Cosmo, Bob Duff, James Lance, Amy Manson, Faye McLoughlin, Eileen Nicholas, Nora-Jane Noone, Simon Quarterman, Joy Sanders
Directors:
Adam Levins
Producers:
William Borthwick
Writers:
William Borthwick, Simon Fantauzzo
Aka:
January
Studio:
Icon
Genres:
British Films, Horror, Thrillers
Countries:
UK

There’s a little known film from 1971 called ‘Mumsy, Nanny, Sonny and Girly’ (renamed simply ‘Girly’ for its American release), which features a playfully dysfunctional family who invite people round to their sprawling mansion house and kill them. ‘Estranged’ reminds me of that film somewhat. Except playful this isn’t.

January (Amy Manson) and her boyfriend Callum (Simon Quarterman) are travelling the world. They are reckless and full of life until tragedy strikes, and an accident robs January of her ability to walk and to remember anything. Callum calls her family home and they are both given permission to stay at their huge stately home as she recuperates. At first, the young couple’s vivaciousness is frowned upon by the family, and it seems fairly reasonable they should insist on separate bedrooms and old fashioned rules; after all, it is their house.

And yet things are not right here. Tiny clues to this are scattered skilfully by Director Adam Levins, and these become more blatant and more violent as ‘Estranged’ continues. January, only just beginning to walk again, cannot escape, and soon Callum mysteriously disappears. Understandably, this makes January ever more truculent, and her punishments more severe and harrowing, culminating in her being condemned to sleep in the cellar and getting systematically raped by James Cosmo’s towering Albert. January’s apparent sister, uptight Katherine (Nora-Jane Noone), sneaky sniggering brother Laurence (James Lance) and mother Marilyn (Eileen Nicholas) are happy to allow this brutality to continue, with Marilyn in particular spending much of the time in a world of her own. Only the butler Thomas (Craig Conway) seems in any way sympathetic, and slips a newspaper clipping under her doorway that begins to make sense of the whole depraved situation.

‘Estranged’ is an extremely well-acted film, with no member of the cast putting a foot wrong. January goes from go-lucky to morose to hardened-by-fear very convincingly, vehemently. When the twist comes toward the end, it is very effective, and provides an unexpected ending. The last minute game-changer might well have benefitted from being relayed in less hushed tones, making it clearer what actually has occurred. SPOILER – the fact that January’s situation at the end echoes that of her mother rounds things of in a satisfyingly harrowing way. A highly recommended, very dark, film.