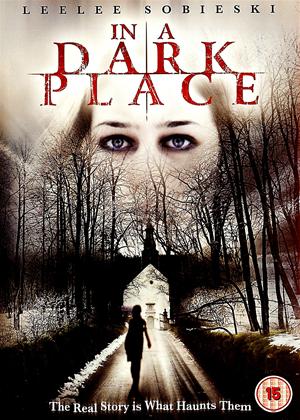 Reviews (1) of In a Dark Place

Good performances but an uneven story - mild spoilers follow. - In a Dark Place review by NP

This is adapted from Henry James’ 1898 novella ‘Turn of the Screw’. Understandably, Peter Waddington’s screenplay fleshes out the story, but only in a way that confuses some events. It’s tempting to imagine that Director Donato Rotunno attempted to spice up the tale with some steamy scenes that seem to be drafted in from another production.

Miss Grose (Tara Fitzgerald) seems initially to be cold and dictatorial; the two children - after their fearsome build-up - appear to be well behaved and reasonable. New nanny Anna Veigh (Leelee Sobieski) comes across as ‘sincere and well meaning’, wholesome and a little scatter-brained. All these things gradually – very gradually – change (and possibly back again), as sightings of a mysterious man on the premises, and stories of what happened to the previous nanny, increase.

The ending comes with another unclear occurrence, which on top of all the others sprinkled throughout, doesn’t quite satisfy. Anna’s mental journey (bookended by her two respective employers telling her ‘things aren’t quite working out’) is never made clear, and possibly the inconsistent scenes throughout could be a result of her addled mind. Against that, however, is the fact that she was not present during some of the scenes – Miss Grose’s out of place intimacy with herself, for example. As a result, the film comes across as choppy in its content. It’s a fine balance: sometimes such an approach could convey a sense of frightening delirium but here, when events are otherwise so straight-laced, it doesn’t quite work out. Equally, the underlying premise that ‘all males are evil’ isn’t strictly necessary.

The performances are very good, especially Fitzgerald. As the two dubious youngsters, Miles and Flora, Christian Olsen and Gabrielle Adam are very effective. My score is 5 out of 10.