Rent The Exorcism of Anna Ecklund (2016) 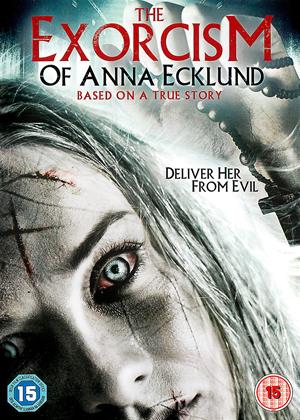 Synopsis:
In this terrifying true story, something beyond comprehension is happening to wife and mother Anna Ecklund. Once a mild mannered churchgoer, she is now prone to bouts of violent rage with a particular anger toward religious imagery. Desperate to find a cure for Anna's disturbing behavior, her family call on doctors and psychiatrists to provide a diagnosis. But when no rational explanation can be found, local priest Father Riesinger teams up with Vatican investigator Father Lamont to evaluate the case. Realizing that Anna is inhabited by a malevolent entity, the priests take her to a nearby Convent to perform an Exorcism.
But all hell breaks loose and a brutal battle between good and evil begins.
Actors:
Lee Bane, Tiffany Ceri, Judith Haley, Claire Carreno, Melissa Bayern, Sarah Tempest, Jeff Raggett, Stefano Reali, Rik Grayson
Directors:
Andrew Jones
Studio:
4 Front Films
Genres:
British Films, Horror
Countries:
UK

Rent other films like The Exorcism of Anna Ecklund

Reviews (1) of The Exorcism of Anna Ecklund

Spoilers follow ... - The Exorcism of Anna Ecklund review by NP

Something that has dogged the prolific horror stable of Andrew Jones is occasional lapses in sound quality. That is an affliction that blights this otherwise enjoyable exorcist tale. Such are the mumblings of actors Lee Bane and Jeff Raggett that you can barely hear what they are saying, and this kind of problem drains many of the scenes of any impact they might have. When the (very) familiar profanities from the demonic influence are similarly obscured, this proves more than an annoyance.

Otherwise, writer/director Jones does what always does: turns in a perfectly serviceable slow-burner that dwells on intimate, low-key scenes rather than spectacular theatrics, and puts his own stamp on the ‘possession’ genre.

Tiffany Ceri is excellent as the titular character. An unusual departure for a story dealing with demonic possession is that we only get to see her once she under the influence of evil – even the very long opening credits are interspersed with images of her writhing on a convent bed – so we lose the effective build-up of terror as she goes deeper under the evil spell. But there’s a reason for that, and even I won’t give away that spoiler. Lee Bane gives one of his better performance here, restrained and reflective, as the uncertain Father Richard Lamont. Jeff Raggett plays the reassuring Father Theo Reisinger with calm authority.

All in all, another competent production from Jones’ North Bank Entertainment company. Is it frightening? Despite all the wailing and gnashing, no. The enhancements of milky contact lenses and modulating voices to sound like a kazoo go through the motions, rather than effectively scaring us, much like the venture itself. It is ‘Andrew Jones does The Exorcist’ which is playful and entertaining in an economic way, but doesn’t go beyond the familiar.