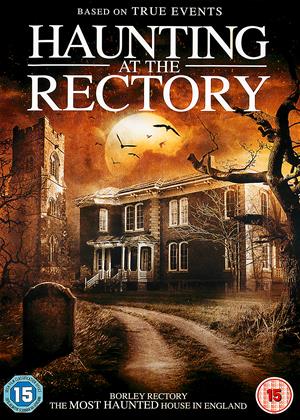 Synopsis:
Based on chilling real life events, this story charts one couple's terrifying real life encounter with the dark forces of the supernatural. In 1930, Reverend Lionel Foyster and his wife Marianne move into the Borley Rectory when Reverend Foyster is named rector of the parish. The couple's peaceful existence is soon shattered by a series of unexplained occurrences, which quickly escalate into a heart-stopping nightmare. Now Reverend Foyster and Marianne must discover the deadly secrets of the Rectory to avoid becoming another tragic footnote in the dark history of "The Most Haunted House In England".
Actors:
Lee Bane, Suzie Frances Garton, Tom Bonington, Sarah-Louise Tyler
Directors:
Andrew Jones
Producers:
Andrew Jones
Writers:
Andrew Jones
Studio:
4Front Films
Genres:
British Films, Drama, Horror
Countries:
UK

Reviews (2) of Haunting at the Rectory

Do Not Go There - Haunting at the Rectory review by jaysha

This is one of the most abysmal films i have ever watched or should i say fast forwarded! The plot what plot! is terrible the acting well the wooden tops were better. I can smell the BS from here.

Spoilers follow ... - Haunting at the Rectory review by NP

This is from the stable of Andrew Jones, who specialises in low-budget horror films, many of them starring Lee Bane.

Here, Bane plays well-spoken rake Frank who moves into Borley Rectory as a penniless handyman. Before long, he takes advantage of wet Reverend Lionel (Tom Bonnington) and his good nature, as well as his wife, the woefully unappreciated Marianne (Suzie Frances Garton).

The first thing that strikes me is that this story has little to do with the write-up on accompanying promotional material. Apart from the names of the characters and places, the ‘encounters with the dark forces of the supernatural’ in this ‘based on true events’ tale blurb seems spliced from another film entirely.

That notwithstanding, this is a typical Jones’ product: an approximation of the time period in which it is set (the 1930s), sound design that fluctuates occasionally making some of the dialogue difficult to hear and committed acting from the very small cast. The production is intimate, focusing on the relationships of the three rather on spectacular shock effects. The problem is, when they do occasionally happen, the effects are blighted by the lack of budget.

But this is about atmosphere more than anything else, and as such draws you in. The plot is methodical and thinly stretched, but interesting enough to make this venture worthwhile.