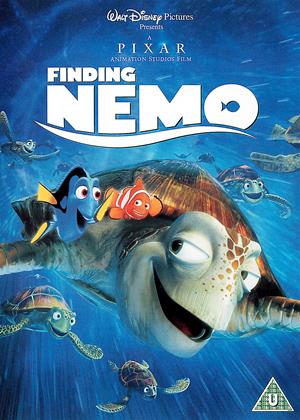 This movie is just great - and like all those old Disney films, works on two levels, so both little kids and adults can enjoy it. There are loads of jokes and also dialogue that will fly right over little ones' heads - but the animation and perfectly-paced story are so great, they won't mind! I am SO glad they screenwriters didn't dumb down for the kids and take out the French dialogue or big words, for example, or the references to drinking and drugs (the chances are, children's book editors would).

The movie doesn't shy away from the realities of the ocean - in that fish and eggs are eaten, for example. (Sadly of course, by now the Chinese will have caught and eaten most of the sea life on display here and made some larger creatures extinct...90% of sharks have been killed in the last 15 years for their fins in the vile and disgusting Chinese shark fin industry.)

I think of tedious animated movies with awful songs (That Frog Princess one...) and can't help wishing they'd make more movies like Finding Nemo, though I can't see how they could make a sequel.

The animation is just glorious - attention to detail wonderful. Perfect characterisation, esp with Dory and the sharks (voiced by Barry Humphries AKA Dame Edna, no less) and snappy, intelligent dialogue.

My only slight criticism is the 'huggy' American-style father-son relationship - all self-esteem and therapy-speak - and the pc 'single father' shtick. BUT it doesn't lecture and it's not TOO schmaltzy, thank goodness, and is countered by events and the dry wit of the dialogue.

A thoroughly enjoyable movie. I could watch it again right now. 5 stars!

Enjoy this one - Finding Nemo review by AR

Watched with my 6yr old - he was riveted, and I enjoyed it too. Not too scary, and quite funny as well.