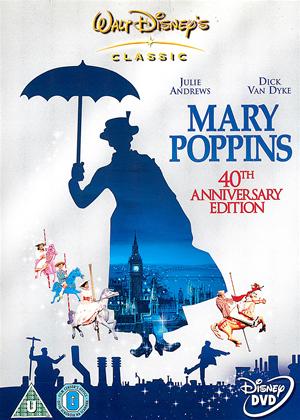 "I'd forgotten how good it was!" - Mary Poppins review by RP

Seeing a trailer for the 2013 Disney film 'Saving Mr Banks' about the making of 'Mary Poppins' prompted me to rent the film. I have seen it many times before - one of my daughters virtually wore out the VHS copy we had - but was interested to see if it was anything like I remembered it.

I watched it with two granddaughters, one of whom exclaimed "I'd forgotten how good it was!" - and indeed it is. Forget the embarrassingly bad supposedly 'Cockney' accent of Dick Van Dyke, forget that Julie Andrews is far too good looking and far less strict than the character in PL Travers' books, forget the overall cheesiness and the length of the film (2 hours 13 minutes) and it's great - really, really entertaining.

I'm not a great fan of recent Disney films (I saw the highly derivative 'Frozen' a couple of weeks ago and found it poor, despite good reviews) as they have moved to CGI animation. The early films from the 1920s to 1950s were excellent and 'Mary Poppins' from 1964 is what I consider to be mid-period and has a certain charm - it certainly made me laugh and smile.

5/5 stars - excellent family entertainment. It would of course be a cliché to says that it's supercalifragilisticexpialidocious :)