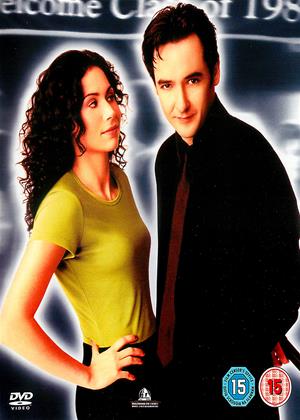 The summer of 1997 was a poor time for good movies.

Big budget offerings such as The Lost World and Batman and Robin underlined the fact that very few sequels can make the grade. Hollywood was beginning to realise that the public were tiring of formulaic pictures. We wanted a fresh spin on things or would vote with our feet and stay at home.

Thankfully, there was a little film that came from nowhere and not only became one of the best movies of the year but also the decade.

He plays assassin Martin Q Blank, a successful yuppie killer who seems to have it all - except security, a wife and kids and the trust of the girl he left behind.

However, when his secretary (Joan Cusack, sister of John) persuades him to go to his high school reunion, things get complicated. Especially as he has a fellow assassin on his tail and the girlfriend who he dumped a decade earlier.

It cost a mere $15million to make and grossed over $28million in the States alone making star and director, George Armitage, rather popular with the studios. But financial success aside, it's also one of the most intelligent and witty comedy thrillers to come out of Hollywood in some time.

This is still the best film of Cusack's Nineties offerings, boasting a natural performance from Minnie Driver (complete with word-perfect American accent) and an hilarious turn from Alan Arkin as Blank's shrink. If you had to break it down to basics, imagine a grown-up Ferris Bueller's Day Off directed by John Woo. Thrown into the mix is a great Eighties soundtrack and a fine score by The Clash's Joe Strummer.

I know what you're thinking: What's bad about it?

Well, very little. Even the often tiresome Dan Aykroyd is on top form, giving one of his best turns since Sneakers in 1992. The second act is a little too talky and Blank's estate agent friend, Jeremy Piven, is a bit of a pain as he renews his friendship with Martin, but why carp?

Personally, this is one of those movies I can watch every six months without getting bored. The dialogue is quick-fire and there's enough action to keep the Die Hard crowd happy, with several scenes you can't afford to miss:

Blank's shootout in a convenience store, set to The Ace of Spades; a stunning kickboxing scene with Mirror in the Bathroom punctuating the drama, while the finale ties things up without resorting to the usual Hollywood formula of a finale with three endings.

The best lines? So many it's hard to choose, but among the finest are from Cusack: "Thousands of innocent people die every day. Detonate one rich guy's dog, and you're a marked man for life."

Another great piece of small talk comes as our protagonist is preparing for the high school reunion.

"I killed the President of Paraguay with a fork. How have you been?"

I rented this because I've been watching a few films with Minnie Driver. This one is a strange mix of rom-com + hitman comedy with a very irritating pun for a title.

He meets his old high school flame Minnie Driver, who puts on a passable USAnian accent. Dan Aykroyd is involved as a rival hitman and Alan Arkin as a psychiatrist - but I've never found either of them very funny. And the cast list shows not only John Cusack but also his sister Joan and a couple of other Cusacks.

It did make me smile but I found it all a bit too American for me and there's also too much f-ing and blinding in parts. The best thing about it is the soundtrack with a great selection of 70s / 80s music held together with a score by the late lamented Joe Strummer of 'The Clash'.

Not much substance to this black comedy. Good performances by Minnie Driver and John Cusack but lacking in an interesting storyline

I bought it recently after renting it and have so far watched it more than 15 times .... still never looses it