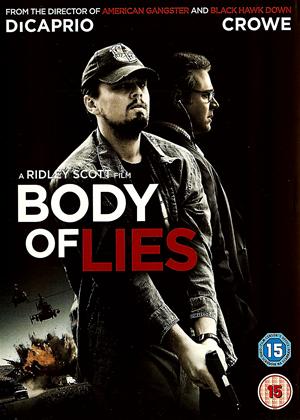 Reviews (5) of Body of Lies

Body of Lies tries and ultimately fails to gel high-level political manoeuvrings with on the ground events in the volatile Middle East. Crowe plays Hoffman who is the handler for DiCaprio’s CIA operative. Both are trying to locate the leader of a terrorist group currently in the midst of a European bombing campaign. So they are both very much under pressure to identify and remove the threat as quickly as possible. While Hoffman operates in relative safety from home, the car or the office, DiCaprio has more tangible dangers to overcome. The interplay between the two main leads is good, although they share very little time onscreen together. Body Of Lies is a demonstration of technology but even more so that the old methods are still effective. For Ridley Scott this is merely just treading water, while I accept that politics and the Middle East are intertwined, a little more focus would have resulted in a better thriller.

body of lies - Body of Lies review by CP Customer

If Leonardo DiCaprio speaks fluent Arabic and can mingle unobserved in crowded Jordanian / Syrian towns then I'm a banana. And that's only part of the problem here: not only is DiCaprio's role unbelievable, but so is the whole film. Yes, it has its tense moments and it's a reasonable political thriller set in a post-9/11 world – but it's unbelievable. An overweight Russell Crowe plays an overweight Russell Crowe. Leonardo DiCaprio plays a CIA operative saving the world from Muslim extremists. Mark Strong plays the best role as the head of the Jordanian security services. And if that opening scene with the exploding bomb factory was shot in Manchester then I'll eat the aforementioned banana.

The film was directed by Ridley Scott ('Alien', 'Blade Runner', 'Black Rain', Thelma and Louise', 'Black Hawk Down' and a host of others) who does his usual thing with densely realised backgrounds and foreground action and I wish that I liked the film more. But I don't – the plot is over complex and silly: DiCaprio sets up an innocent architect to draw out the leader of an Al Qaeda lookalike organisation, but in fact it's DiCaprio who's being set up by the Jordanians. Satellite / unmanned drone camera shots are added for techno effect, but only add to the lack of realism.

As such thrillers go it's not bad and I wish I could overcome my sense of disbelief to give it a higher score. But I can't, so it gets 3/5 from me.

Body of lies - Body of Lies review by TR

This is an amazing film - probably one of the best ever on this subject.

It is a real thriller, full of twists and turns, amazing realistic action, great photography and acting. How any one could think this plot up and put it to screen in such a clever way, takes some doing )Mr Ridley Scott). Very, very enjoyable. DONT MISS IT! sayonara adam

Ridley Scott's gripping espionage thriller set in the Middle-East is a first class film, grittily realistic and one of the action films covering the American War On Terror. Leonardo DiCaprio plays Ferris, a CIA field agent, who is sent to head up operations in Jordan after one in Iraq goes awry. Ferris' controller is Ed Hoffman (Russell Crowe) in Langley, a cynical and self serving boss. Ferris goes against Hoffman's orders and liaises with the head of Jordanian intelligence, Hani (Mark Strong in a topnotch performance). The focus of their joint operation is a Muslim cleric who has orchestrated a series of terrorist atrocities across Europe. But a lack of trust and conflicting political agendas leads to problems.....big problems. This has a well written, very involved plot and the action set pieces are realistic, bold and very well executed. The detail in every scene is impeccable as you'd expect with a Ridley Scott film. This is an action thriller told on an epic scale, it's underrated movie and well worth your time. Highly entertaining and it cleverly masquerades as a serious political drama but it's actually a great action film with a solid cast. This is cinematic storytelling at its best.