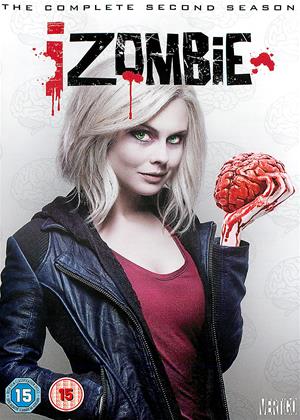 After the success of iZombie Series One, the show has managed to solidify itself as one of the more creative offerings in the zombie genre, providing constant entertainment set in a strangely captivating (but offbeat) world where the characters we’ve came to know and love are now put in even more dire situations than before. However, the creators still managed to maintain the same, weirdly Gothic-but-modern sense of humor all throughout the second installment as well, which keeps the tonal equilibrium steady in its place and allows for even more character development to be explored without ruining iZombie’s deliberately constant knack for gags.

iZombie: Series 2 features some of the most charismatic cast you’d see in a series; they can be tough, relentless, or even downright ridiculous at times – but these characters never feel like forced or rushed – and that’s where the real appeal of iZombie stems from.

Take Rose McIver for instance. Her Olivia Moore, given that she plays entirely different characters with each upcoming show, is something actors should take note of. In fact, she nails each and every character right out of the ballpark, as these characters greatly vary both in persona and mannerisms, ranging from the unsuspecting chef, the obsessed stalker, the crazed robe vigilante or even the stoic stripper. Yet, actress Rose McIver introduces a newly-wed nuance to each of these personas, making them as believable as a brain-eating zombie posing as another person could ought them to be. She’s just magnificent in her role(s), and that’s non-debatable.

Then, there is the heartbroken Major Lilywhite (played by Robert Buckley), who gets more to do in Series Two than he did in One. He now works for Vaughn Du Clark (played by Steven Weber), fulfilling his duty as a zombie assassinator (or assassin, not really sure). However, being the gentle soul as he is, instead of outright killing these creatures of the night, Lilywhite decides to lock them up instead. This puts him in a very precarious position, as now both the coppers and Du Clark are onto his tail, and it’s only a matter of time when Major Lilywhite will get caught.

And who better to catch Major than Clive (played by Malcolm Goodwin) and his FBI partner and also love interest Dale Bozzio (portrayed by Jessica Harmon)? These two make a great detective pair, as the somewhat quirky Dale provides an excellent counterpart to the occasionally stoic Clive. In the midst of all of this, Clive is drawn in a strange way towards Live, as he tethers between the notions of stumbling upon The Secret, but still not quite. And therein lies the second conflict in the show, will he or won’t he (hint: there’s not a clear answer, so you’re invited to bear along as long as you’d like to).

All things considered, iZombie: Series 2 is an excellent continuation from last season and offers enough fuel to keep things in a constant momentum and flux. Zombie fans, rejoice.