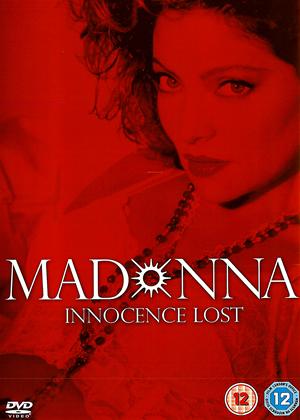 Synopsis:
As pop diva, movie star and cultural icon, Madonna is the most controversial and talked about woman in entertainment. Here is the behind-the-scenes story of her rise to the top, sweeping from her childhood in Detroit, through her struggles to make it in New York, to the cusp of her worldwide fame. Filmed on location in New York City and filled with powerful performances and pulsating music, this is the fascinating chronicle of the birth of a legend - and one woman's relentless determination to reach the pinnacle of superstardom at any cost.
Actors:
Terumi Matthews, Wendie Malick, Jeff Yagher, Diana Leblanc, Dean Stockwell, Nigel Bennett, Dominique Briand, Don Francks, Tom Melissis, Christian Vidosa, Rod Wilson, Kenner Ames, Dino Bellisario, Leo Burns, Mischke Butler, Kelly Fiddick, Gil Filar, Maia Filar, Diego Fuentes, Matthew Godfrey
Directors:
Bradford May
Writers:
Christopher Andersen, Michael J. Murray
Studio:
20th Century Fox
Genres:
Drama

It’s the first time someone had the nerve to portray the Madonna story on film, naturally she did not approve.

Terumi Matthews is great as a young Madonna determined to make the world know her name.

At a glance it looks like TV movie to watch when nothing else is on, then it pulls you in with a good script, great acting and the pacing is just right.

It’s far from the whole truth, a more recent movie ‘Madonna & The Breakfast Club’ is more honest and factual, it’s a reminder that she really did come from being starving, penniless & living in roach infested apartments.

She knew what she wanted and went for it full throttle, created her own image, co wrote songs, played instruments in bands and did gigs in bars before earning herself the ‘Queen of Pop’ and Icon status she has today.

It’s often humorous, cheeky and entertaining, with auditions and brief performances bursting with energy and attitude, none of these are actually early Madonna songs, if only! ‘Much Too Much’ and even ‘Strut’ are great.

Even if you’re not a Madonna fan, if you like rags-to-riches tales - this is great.