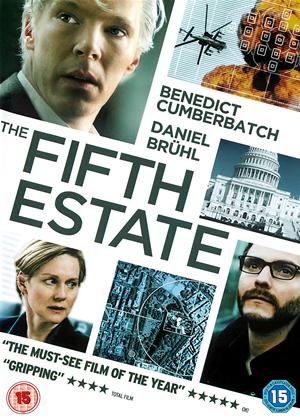 Reviews (2) of The Fifth Estate

If it wasn't for the acting skills of Benedict Cumberbatch I think I would have turned the movie off after the first hour. The subject matter could have been dealt with a whole lot better than it is by the director, and if more thought had been put into the story and how to portray it prior to putting it on film all concerned would have been quids in and the viewing audience would have lavished it in praise.

Definitely a movie for hardcore fans of Benedict's skills (who was excellent), otherwise the average viewer will go away thinking they've been cheated and left unsatisfied.

Could do better - The Fifth Estate review by JD

This missed a great opportunity to tell an extremely important political story about an extremely brave man. The 2 saving graces is that the story is so important and Cumberbatch is good, even his Australian accent fooled this pomme for the whole film. The direction is just poor and the script should have come from a different angle. Much more about the political importance of driving for the truth at all costs, some more about the character of the person who pursued this. I hope this subject is done again, I bet Greengrass could get a 5 star out of it. The fifth estate is a reference to a new era in publishing the truth. This was also not really explored enough.

Based on one of the most high profile and controversial cases in recent years the Fifth Estate tells the story of WikiLeaks founders Julian Assange and Daniel Domscheit-Berg who began their endeavours intending to reveal the dark and illicit secrets of big corporations and governments and ended their partnership with an ugly falling out and a world wide manhunt following the hacking of high-clearance government secrets. With Benedict Cumberbatch in the lead role as the rather unpleasant Assange the film is an unbecoming and arguably biased depiction of the infamous white haired Australian.

As it stands the story of WikiLeaks is a difficult one for most liberals to watch, with morals torn between the rights of the people and the well-being of overall democracy, yet there is little to the Fifth Estate that makes dealing with such a subject a palatable experience. Perhaps this is the intention; director Bill Condon is hardly known for creating groundbreaking and inflammatory cinema, his previous repertoire including Dreamgirls (2006) and the Twilight Saga: Breaking Dawn Part 2 (2012), the artistic choices made by him and his team here may have been taken solely to make the audience uneasy, personally however this does not feel like the suspenseful and dark unease of a well handled thriller but rather of a piece of work too large, complex and uncertain to be handed to a captain with such limited resources and experience.

If it were not for Cumberbatch, who I have yet to see in a role that I did not think he portrayed perfectly (and with his current cinematic prevalence it’s hard to swing a cat without catching him in something), I do not think I could have sat through the Fifth Estate. His performance as the rather provocative and repulsive Assange is not a pleasant one to behold yet it suits the character exactly, whilst the character of Daniel Berg is somewhat too sympathetic and forgivable for my liking; the performance given by the gorgeous Daniel Bruhl is in itself very good, yet – as the screenplay was based upon Berg’s own book about the subject, the material given to Bruhl to work with was notably fallible.

All in all the story behind the Fifth Estate is a far more interesting one than what is depicted on screen, the nature of the first person narrative and lack of impartial input detracts from the overall story and leaves the audience with a rather poorly directed character piece in which the stellar abilities of the actors are simply left to fall by the wayside.