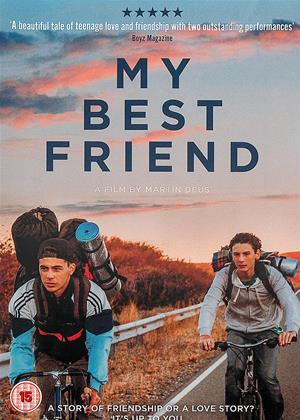 Reviews (2) of My Best Friend

The Awakening - My Best Friend review by KW

Interesting film about Lorenzo, a teenager living in Patagonia, who has his sights awakened by the arrival of Caito, the son of his fathers one time best friend, and who opens Lorenzo to a new take on life. Not sure whether some of the impact the film was trying to make got lost in the sub tiles not being a native Spanish speaker. Good to look at and the chemistry between Lorenzo and Caito held the film together.

This is such a tender coming-of-age story with real sensitivity created by the actors; especially the two young actors playing Lorenzo and Caito.

It focuses beautifully on a friendship that grows with understanding, trust, sensitivity and love. The problems that Caito is dealing with brings him and Lorenzo close and despite Lorenzo having issues of his own, he puts them aside and wants nothing but to care and be there for Caito.

The acting is solid and the coming-of-age issues that teenagers have are delicately woven in with the everyday issues of the worrying and concerned parents to give a solid and engaging storyline.

The relationship between Lorenzo and Caito and the clear underlying and growing affection that Lorenzo has for his friend is what makes this film really tender and great to watch.

The final scenes real do tug at your emotions, which is testimony to the effective deliver of the story by the great young actors.