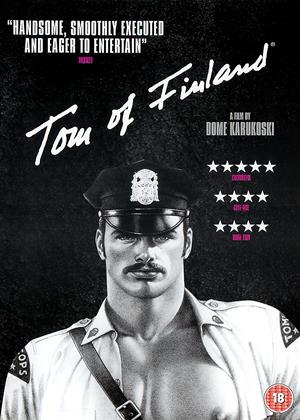 Reviews (5) of Tom of Finland

Something of a missed opportunity. - Tom of Finland review by TE

This is worth watching just for the back-story it gives to the life of the cultural phenomenon that was Tom of Finland.

Having said that, it captures little of the playful bawdiness of his art.

It's a kind of low-energy lightbulb when it should be more of a flashing disco light!

There have been many representations of the problems faced by gay people in the 1940s and 1950s. The film dwells too long in that period and then rushes through the rest of his life, leaving many questions unanswered.

This is the sort of film that should be made - though I do have to say I am no fan of his fantasy mannerist art.

This movies follows this man's life from WWII and fighting against the Soviets to later days in the USA.

All very interesting and unknown to me before this. Perhaps not to everyone's taste but a useful biopic.

The story behind the iconic Tom of Finland drawings was OK, but could have been better. The story of the killing of the Russian airman in WW2 was told well in the extras features but did not come across so well in the film itself. The background and reasons why the artist began to draw the images of leather clad men with bugling muscles and attributes was not really covered. Overall the film was well done in many ways but could have been improved . Definitely worth a watch though.

The life story of the Finish creator of iconic gay art. - Tom of Finland review by mc

The story of Tom of Finland's life is in itself a beautifully realized tale of post-war austerity, restriction and new found opportunity; then it tells what the gay community of 80's California hungrily consumed, the finely drawn characters of their dreams, and its denouement with AIDS

The Birth of an Icon - Tom of Finland review by KW

Interesting bio pic of the emergence of the Tom of Finland brand and the life of its creator Touko Laaksonen from his exploits in WW2, life after the war and the homophobic stance to life in Finland, whilst at the same time honing his art drawings of the muscular man especially those dressed in leather. The film evolves through the growth of his fame, his private life in Helsinki and the development of the AIDS pandemic, but does not cover his own death from emphysema, but the seeds were sown from the numerous occasions he is shown smoking a cigarette!