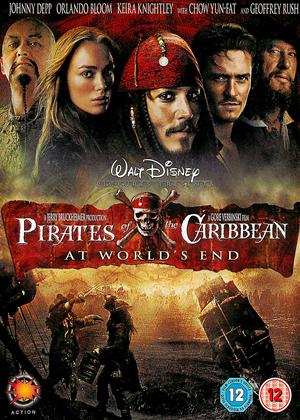 Rent other films like Pirates of the Caribbean 3: At World's End

Reviews (4) of Pirates of the Caribbean 3: At World's End

sorry, but give it a rest now guys,,,

One film too many - Pirates of the Caribbean 3: At World's End review by Pete W

Over 2 and a half hours long and it feels like it. Convoluted story line which is difficult to follow, even if you can remember what happened in the first two instalments. Johnny Depp is as entertaining as ever but he can't carry the whole film.

Worst plot of all time? - Pirates of the Caribbean 3: At World's End review by BP

Does anyone actually understand what is going on in this movie at any time?

The characters just wander about, changing allegiances for no reason, contradicting what they previously said or did, doing things for no good reason.

E.g. a Chinese pirate lord dies and hands his position onto Kiera Knightley's character, who he has just met. Why? No idea.

All the media reviews I read said to forget about trying to following the storyline and just enjoy the visuals.

So basically you have to watch pirate ships on waves for 2 long hours and 40 long minutes.

The outtakes on the DVD indicate the actors had a good time making it. So that is one thing positive at least.

i thought this film was boring and hard to understand especially compared with the other two really good films that went before it. it hardly had any swashbuckling fight scenes like the other two and i lost the plot almost straight away.