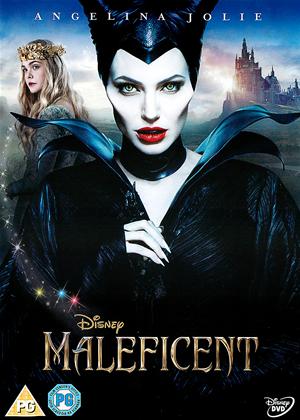 Much better than I was expecting :) - Maleficent review by RP

Many of the classic Disney films have been based on fairytales - and here's yet another, this time an updating of 'Sleeping Beauty'.

'Sleeping Beauty' has been retold many times, from Charles Perrault's original, via the Brothers Grimm and Disney's 1959 animated version - which I found more than a little twee.

But this version is rather well done - in my opinion much better than Disney's earlier effort. I'm not a great fan of recent Disney films, but here the animation / live action technique is very good and (surprisingly for me) I quite enjoyed it.

Perhaps it's me, but I do find the Americanisation of European fairly tales more than a little annoying - but that's not overdone here and a veritable bevy of Brit actresses get good parts, so the accents are often more British than transatlantic.

I watched it with a couple of grandchildren and they enjoyed it, which is of course the ultimate test.

I'll give it 4/5 stars - much better than I was expecting.

The story is well told and Angelina Jolie is utterly believable in the role of Maleficent.

I really enjoyed this film. It took me back to my childhood and was innovative and gave a new perspective of maleficent. Well worth a watch

I found this film surprisingly good. Angelina Jolie is excellent in the roll and really brings it to life. She rightfully dominates the film. The costumes, special effects and story and also excellent. I think the best part of the film is the reworking of the sleeping beauty standard storyline not knowing quite how this end maintains the interest as a straight re telling would not.

Another clever re-make of old classic, with a twist. The Huntsman, and Mirror Mirror showed the way. Everything slick and well put together. One of the better adults-and-kids films..............would say is one of Jolie's best films to be fair............

What a Fantastic Film, really enjoy watching this. Angelina jolie looks so beautiful and the costumes and special effects is so amazing. I can watch it over and over again.

And a surprise ending

I doubt there is a child in the Western world who does not know the traditional story of Sleeping Beauty, the beautiful princess who is cursed to prick her finger on a spinning wheel and sleep for a hundred years. One can only assume that it is respect for the success and artistry of the 1959 Disney classic animation that prevented today’s film makers from simply remaking the original story (although the new edition of Cinderella due for release next year suggests otherwise), whatever their reasons however they opted for a re-telling of the original instead.

There has been a reasonable amount of success with revamped and darker fairy tales in the cinema recently, whilst the trend to paint traditional villains as heroes has become increasingly popular since the first Shrek and Despicable Me features; in Maleficent Disney present us with the evil witch – now a fairy – from their original animation, but tell the story from her side.

Wronged by her human lover the powerful fairy Maleficent retreats into her enchanted world, surrounding herself, and all the fairies who remain beside her, in a wall of thorns. But when she learns that her lover, now the King of the human world that borders hers, has married and is celebrating the birth of a daughter she attends the Christening intending to give the child a “gift” alongside those of beauty and grace bestowed upon her by the other fairies. The curse, that will leave the girl in a death like sleep until true love’s first kiss awakens her sticks to the standard Sleeping Beauty story, however, when the child is entrusted into the care of three fairies who, it seem, know nothing about childcare, Maleficent steps in intending only to prolong the child’s life until she reaches sixteen and her curse can take effect.

Angelina Jolie is brilliantly cast as Maleficent, the costuming only emphasizing the strength of her performance; she is both dark and enigmatic, her presence utterly all consuming and her command of the character worthy of some of her best roles. The script, along with the narrative, gives her very little to work with however, with some lines leaving a cheap almost pantomime taste in the mouth. The moments of true greatness all shamefully reserved for those that are almost carbon copies of scenes from the animated original.

It’s not all bad, Jolie’s performance makes the film entertaining enough though the presence of the hamster cheeked Elle Fanning as a Sleeping Beauty who is already dead behind the eyes is rather off-putting; the visuals attest to the greatness of Disney Corp however and offer, on multiple occasions, a beautiful homage to the craftsmanship of the original.

Though I may be biased as Sleeping Beauty has always been one of my absolute favourite Disney classics I have to admit I was blown away by the magic and, to use the word a second time, artistry of this re-branded version. My highest praise goes to the special effects artists behind this otherwise average family film, even if ultimately, it just made me want to come home and watch the original again.