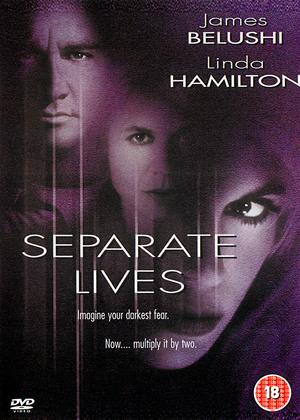 Synopsis:
The night sky over Malibu is blood red. Jane Weiss, a new Los Angeles Assistant District Attorney, is walking on the beach; she and her escort have sneaked away from a fund raising party for a romantic tete a tete. Suddenly a car speeds by on Pacific Coast Highway, a shot rings out, and the sand beneath Jane Weiss' s feet turns as blood red as the sky. Weiss crumples to the beach, dead. Tom assumes someone is threatening Lauren, but it's not that ordinary. Lauren has been experiencing blackouts, she explains. Afterwards, she finds herself in strange places, wearing different clothes, even tasting smoke on her breath, although she's normally allergic to cigarettes.
Most disturbingly, she awoke a week ago with dried blood on her fingers. Just watch her for a few nights, she begs a reluctant Tom; see if she does anything unusual. The desperation in Lauren's voice touches Tom, and he agrees.
Lauren theorises that she suffers from a multiple personality disorder. Explaining that such a mental illness stems from a childhood trauma, like the violent crime she witnessed involving her mother and stepfather. Lauren tells Tom that she must have created another personality, Lena, to handle her pain. An now, Lauren fears, Lena herself may be a murderer. Tom insists Lauren's evidence is all circumstantial and offers to run a discreet check both on the gun and Lauren's fingerprints. He also urges her to seek expert psychiatric help, and she says she will consult Ruth. There's no question now, Tom is committed to helping Lauren. In a hypnotherapy session with Ruth, Lauren struggles to remember what happened the night her mother died, believing this is the key to her problems. Once again she conjures up nothing more than jumbled, distorted images. Ruth urges Lauren to consider committing herself to a sanatorium. If Lauren's mind is resisting the memory this fiercely, Ruth says, she'll need protection. In the midst of this nightmare, she finally remembers what happened after Margaret and David's murders, including Robert yelling at her, You're as guilty as I am, because you opened the door! In the present, Robert breaks down the door, but a wounded Tom has dragged himself into the room and shoots Robert. Gallo arrives, and Robert shoots him. But before he can shoot again, Lauren takes the gun that Tom has slid to her and fires the fatal shot at Robert. Lauren looks away as her father calls her Lena, his old nickname for her, and then dies. Voluntarily committing herself once again, Lauren now has a real chance to heal and lead a normal, happy life - especially because Tom Beckwith is there, waiting for her.
Actors:
Jim Belushi, Linda Hamilton, Vera Miles, Elisabeth Moss, Drew Snyder, Mark Lindsay Chapman, Marc Poppel, Elizabeth Arlen, Josh Taylor, Ken Kerman, Michael Whaley, Jackie Debatin, Joshua Malina, Lisa Vanderpump, Craig Stepp
Directors:
David Madden
Producers:
Mark Amin, Diane Nabatoff, Guy Riedel
Writers:
Steven Pressfield
Studio:
Stax Entertainment
Genres:
Drama, Thrillers