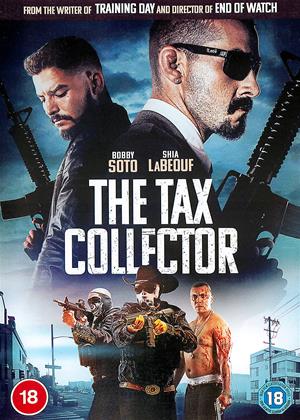 Reviews (1) of The Tax Collector

Despite great performances from the 2 leads, this is a violent mess of a movie - The Tax Collector review by TB

David Ayer has been involved in some great films (Harsh Times, Training Day, Fury, End of Watch) and some not great ones (Suicide Squad, Sabotage,) but in his great work, there is always a strong sense of comraderery and brotherly bond. When this is done right within the workings and pace of the film, it reaps massive dividends, particularly in Harsh Times and End of Watch. But when the story/other film elements around these characters is rubbish, those parts are much more accentuated. And this in a nut shell is the problem with The Tax Collector.

The two lead actors are great in their own ways. Without doubt, this is Shia's film. He is a coiled spring of anger, violence and tension, always in the background and ready to suddenly explode. As much as Bobby Soto has great charisma and also really commands the screen in scenes where he is on his own, whenever Shia is around, you are instantly drawn to him. The two actors work extremely well together and this is what stops Tax Collector from sliding completely into ignomy. But they are only able to do so much.

The rest of the film is just a clichéd mess, despite one storyline really going in an unexpected direction. And the film also has a really nasty streak to it, in the graphic violence which is just randomly thrown onto the screen to try to make an impact but ends up just being horrible. Two scenes in particular are so gruesome that the intended payoff is completely lost and I just sat there thinking, "What was the point of that?" Unlike the violence in Fury, which was absolutely critical to the story and also really forced you to confront the horrors of war, this does the opposite. Not only is it horrible to watch, but it serves the opposite purpose than it intends.

A final funny bit of trivia about this film is that, to get into character, Shia LaBeouf had his entire chest tattooed. And despite inking almost a third of his body for the role, for 99% of the film, he wears fitted suits with none of them on display... Then when they are finally shown, they are also partially obscured... Whilst I love the commitment, as one critic put it, "Hasn't he heard of Henna?!?!"