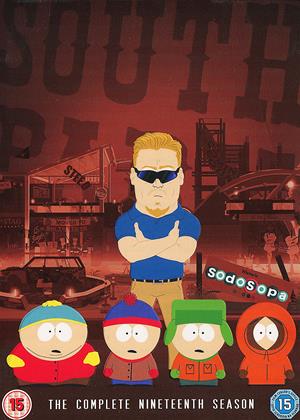 The 19th season of South Park brought about a slightly refreshing style of writing, where the season would feature a serialization as opposed to the usual episodic format. The opener, however, displays just how clumsily direct the show intends to be edgy. This is made clear with the introduction of the new character PC Principal, the new school Principal who prides himself on being politically correct. Rather than find a new target each episode for political correctness and left-leaning politics, he is intended to represent all of that as the go-to, a bit of a muscular counter to the chubby racist and right-wing weirdo Cartman.

One can’t be too dismayed by this development, however, as the series has usually found common personifications for the topic of the day. In the case of Presidential candidate Donald Trump spewing hate about building a wall for immigration, Mr. Garrison acts out this reactionary motion when posed in an episode about invading Canadians. A contemplation of gentrification of neighborhoods and how Yelp reviews can reshape the cultural landscape offers a unique parallel that fills up two episodes well.

If there is a theme to this season, as per the new formula allowing for such elements in South Park, it is that of relationships. Sometimes this sometimes takes on a greater context when the citizens of the town call into question the need for a police department when it is so inept. Other times it’s a most fan-servicey element as when the relationship of Craig and Tweak is pushed together by the inclusion of yaoi art, which would raise red flags for a lesser show that didn’t pride itself on the edginess of pedophilia.

Even with the season’s serialization, there exists some gaps in how clever each episode can be in the target it centers around. Consider how they approach the topic of ads online, where it is near impossible to cite a source when trying to research something on an online publication without being bombarded by ads. As someone who worked in a field of trying to shove as many sponsors as one publication could into a page, this has become a very domineering aspect of online culture that has made seeking the truth and news all the more stressful to navigate that many have all but given up the practice of research. How far can one get whenever read is interrupted by some Google ad plucked from the algorithm.

The 19th season of South Park is more compelling from the structure of its writing than anything that lies within the text or its low-brow animation. It still evokes a routine centrism that always feels as though its teetering on some epiphany and than cashing out early with gross or goofy gag. That cop-out of each episode shouldn’t feel too unexpected now but its a bit dismaying when it comes saddled in a season that seems to be trying to change things up. Oh, well. At least they’ll keep PC Principal for a few seasons and maybe get a few decent jokes out of him.