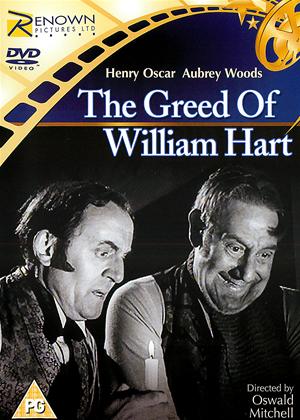 Synopsis:
This classic tale of grave robbers and murderers who sold corpses for medical science was banned in its original title of "Burke and Hare", which was of course a true story. The film is set in Edinburgh in the 1800's starring Tod Slaughter as William Hart; this dark and gory film tells the story of the infamous grave robbers. Burke was hanged and Hare avoided the gallows by testifying against Burke. This film is rarely seen and is graced with a fine cast. Alongside Tod Slaughter, top honours go to Henry Oscar (1891-1969) as Mr. Moore who equals Slaughter's treacly malevolence to such an extent that neither actor steals the scenes over the other.
It is equally delightful to see a very young Aubrey Woods and also Tod's wife Jenny Lynn in the role of Helen Moore.
Actors:
Tod Slaughter, Henry Oscar, Jenny Lynn, Winifred Melville, Aubrey Woods, Patrick Addison, Arnold Bell, Mary Love, Ann Trego, Edward Malin, Hubert Woodward, Dennis Wyndham, Hal Osmond
Directors:
Oswald Mitchell
Producers:
Gilbert Church
Writers:
John Gilling
Studio:
Renown Pictures
Genres:
British Films, Classics, Music & Musicals, Thrillers
Countries:
UK

Rent other films like The Greed of William Hart

Sign up
The Hand / The Ambush of Leopard Street

Reviews (1) of The Greed of William Hart

Yes, it's another of those films described as a "classic" because it's old, obscure, a bit rubbish, and round here they think that's what "classic" means! In the post-war years, Tod Slaughter's Victorian histrionics seemed even more out of date than in truth they always had been, and the handful of extremely low-budget films he made failed to revive his career. This very low-budget effort was one of his last movies, and he looks both old and tired, with less of his trademark overacted villainy on display than usual.

Perhaps it's because he realised the futility of near-as-dammit remaking "The Body Snatcher", which came out only four years earlier and starred Boris Karloff, whose mighty shoes he was never going to fill. Not that he tries to, since this semi-historical tale of the exploits of Burke and Hare with the names of the characters ever so slightly changed for legal reasons portrays William Hart/Hare as the dim-witted Irish thug he really was, as opposed to Karloff's almost supernaturally malevolent serial killer. Which is a problem, because Slaughter can't really do an Irish accent. Though at least he attempts one, unlike some of the "Scottish" characters.

Obviously filmed for peanuts, with a few tiny sets representing the whole of Edinburgh, the horror is only present in homeopathic quantities. Hart and his even stupider partner Moore commit a grand total of three murders, one of them entirely offscreen, though it's mentioned in passing that they've killed a dozen other people prior to the events we actually see. Which would result in this film being about ten minutes long if it wasn't heavily padded with bits of business that think they're funny. In addition to the wacky antics of the bumbling baddies the movie is supposed to be all about, Daft Jamie, a mentally retarded man with a very music-hall version of learning difficulties, gets more screen-time than William Hart!

The most interesting thing about the film is that it was written by its assistant director John Gilling, who went on to write and direct a number of movies for Hammer, including "The Flesh And The Fiends", a far less comedic remake of this film with Donald Pleasance replacing Tod Slaughter and doing a much better job. It's hard to dislike this odd little picture because, like a lot of Tod Slaughter's movies, it's clearly doing its best despite both its plot and its star being at least 20 years out of date, and having a budget even smaller than its modest ambitions. But there's very little substance of any kind to it, unless you're a big fan of sub-Goon Show jokes about the mentally disabled, and the once-formidable Mr. Slaughter looks as though he knows he's past it but he needs the money. I'm giving it two stars only because this site's clumsy rating system doesn't allow one and a half.