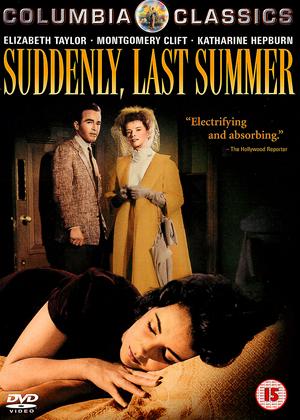 Taylor, Hepburn and Clift take it turns to dominate a scene.

Elizabeth Taylor cannot help looking glamorous even in those scenes in which she is suppose to be dowdy and when she is allowed to wear a "nice" dress she looks fabulous. She gives a nuanced performance and excels in the final speeches of the Tennessee Williams play. The speeches could have stood on their own without the background flashbacks.

it is said that Montgomery Clift had some difficulty completing the longer scenes. He had a car crash three years earlier and had some dependency on painkillers and alcohol. Sometimes the joins in scenes are clearly visible with Clift, in close up, repeating the line of another character or simply saying "go on". It is a great, understated, troubled performance.

Did Hepburn really spit in the face of the director Mankiewicz at the end of the film because of his treatment of Clift?