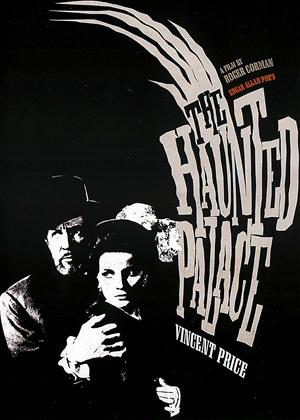 Synopsis:
In this incredibly atmospheric midnight movie classic from Roger Corman, the brilliant, unmistakable Vincent Price stars as Charles Dexter Ward, the main beneficiary of his grandfather's will, who arrives in the surreal village of Arkham in the hope of claiming his inheritance: his grandfather's gothic mansion. But Charles gets more than he bargained for when he discovers that his grandfather was a callous warlock who worshipped Satan and was responsible for the disappearance of the village's women and turning most of its inhabitants into disfigured mutants. Not only that but there's something very strange waiting for him in the basement...and it needs feeding.
Actors:
Vincent Price, Debra Paget, Lon Chaney Jr., Frank Maxwell, Leo Gordon, Elisha Cook Jr., John Dierkes, Milton Parsons, Cathie Merchant, Guy Wilkerson, I. Stanford Jolley, Harry Ellerbe, Barboura Morris, Darlene Lucht, Bruno VeSota
Directors:
Roger Corman
Producers:
Roger Corman
Writers:
Charles Beaumont, Edgar Allan Poe, H.P. Lovecraft, Francis Ford Coppola
Studio:
Optimum
Genres:
Classics, Horror

Reviews (1) of The Haunted Palace

Although it's billed as "Edgar Allen Poe's The Haunted Palace", this is in fact the very first screen adaptation of a story by H. P. Lovecraft (who gets only the most grudging of mentions in the credits), and has nothing to do with Poe other than the title, and a few lines of poetry randomly thrown in to justify the pretense that it's part of Roger Corman's massively lucrative Poe franchise. It's actually a rather loose adaptation of Lovecraft's "The Case of Charles Dexter Ward", complete with references to Cthulhu and Yog-Sothoth, a copy of the Necronomicon, and a few brief glimpses of cinema's first Great Old One.

Vincent Price, in the kind of dual rôle usually given in this type of movie to the female lead, is superb as a pleasant but ineffectual aristocrat and his evil undead ancestor, two stereotypes Price was particularly adept at playing, struggling for control of the same body. Unfortunately the rest of the cast are a mixed bag. Lon Chaney Jr. in particular is a puffy, bloated wreck, and shambles through his surprisingly substantial part like a man who knows his career is in meltdown but needs the money. The hostile, paranoid villagers are the usual crowd with the usual attitudes; they get to raise a mob with burning torches and storm the castle twice! Debra Paget has very little to do other than become increasingly worried about her husband's odd behaviour, along with just about everything else that's going on around her, and nearly get raped (twice). And the kindly, rational doctor who is a sort of hero is a waste of space, since most of what he does ought to be done by Vincent Price as he struggles against his evil twin. In the source novella things happen very differently, making this character far more important, but in the film he gives the impression of only existing because they forgot to write him out.

Other aspects of the movie are more troubling. The idea of a village where every family has at least one badly deformed member owing to an 18th. century warlock's experimental cross-breeding of bewitched girls and horrors from another dimension is clumsily handled, presenting anyone with a physical abnormality as scary and implicitly evil. And thought it briefly touches on the plight of parents whose once-beloved child has degenerated into something truly monstrous that they have to keep locked up, nothing interesting is done with this. Also I would have liked to see much more made of the fact that the villain's only redeeming feature is his love for a woman who has been dead a century or more, and whose shriveled corpse he still treats with affection during his obsessive attempts to magically resurrect her, a sub-plot which is utterly wasted.

Overall, this is a highly atmospheric gothic horror story held together by an excellent central performance, but somewhat let down by an overly formulaic script riddled with all the usual clichés, and so much reliance on Vincent Price wandering around a creepy old castle being menacing, mostly to Debra Paget, that for much of the film surprisingly little actually happens. I wish it had been directed by someone slightly less cynical than Roger Corman. And I really could have done without Lon Chaney Jr,. whose performance as a man who should have died a long time ago is convincing for all the wrong reasons.