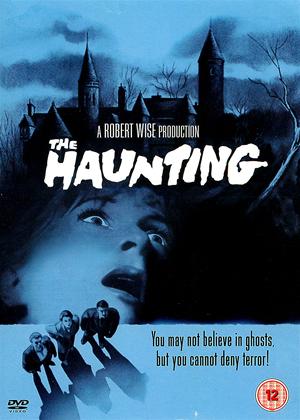 Synopsis:
"It was an evil house from the beginning, a house that was born bad". The place is the 90-year-old mansion called Hill House. No one lives there. Or so it seems. But please do come in. Because even if you don't believe in ghosts, there's no denying the terror of 'The Haunting'. Robert Wise returned to psychological horror for this much admired, first screen adaptation of Shirley Jackson's 'The Haunting of Hill House'. Four people come to the house to study its supernatural phenomena. Or has the house drawn at least one of them to it?
Actors:
Julie Harris, Claire Bloom, Richard Johnson, Russ Tamblyn, Fay Compton, Rosalie Crutchley, Lois Maxwell, Valentine Dyall, Diane Clare, Ronald Adam, Pamela Buckley, Amy Dalby, Rosemary Dorken, Verina Greenlaw, Claude Jones, Frieda Knorr, Howard Lang, Janet Mansell, Paul Maxwell, Susan Richards
Directors:
Robert Wise
Producers:
Denis Johnson
Writers:
Nelson Gidding, Shirley Jackson
Studio:
Warner
Genres:
Classics, Drama, Horror, Thrillers

Reviews (3) of The Haunting

The Greatest Haunted House - The Haunting review by CP Customer

The Haunting is a masterclass in suspense and terror from Robert Wise. It ranks as one of my favourite films of all time despite the 90's remake which was a travesty. Many years ago I stumbled across a late night showing on BBC 2 and it made for an uncomfortable night. Wise assembled a cast of unknowns for this tale, where the star of proceedings is the house itself. The forces at work within its walls are never fully explained or shown. Clearly it is what you don't seen onscreen that leaves you with a sense of terror. There are several standout moments, especially when the cast decide to bail out. The cinematography is memorable along with the dynamic editing and use of sound. The Haunting only features one special effect of note and even then its very low key. This is the textbook example of how to terrify your audience, no matter how often they see the film.

A clever and scary film - The Haunting review by LD

Reminded in many ways of Psycho with this film, which I think preceded it, but would say I got much more satisfaction with The Haunting.

Genuinely quite scary with long moments (in a similar way to Susan Hill's The Woman In Black) that build the tension.

The clever thing though is the story running in parallel about the main character battling with their own inner demons and trying to stay strong, which is unwittingly playing into the hands of the demons living inside the house

Classic psychological ghost story set in contemporary New England, though shot in the UK. Robert Wise was obviously referencing head of RKO horror in the 1940s, Val Lewton, who gave Wise his film debut, and who proposed that the terror conjured up in the imagination was more daunting than anything that could be shown. So the horror is kept off screen, mostly suggested by sound.

The set design of the haunted stately home and the expressionist shot compositions are brilliantly unsettling. But we don't see any ghosts. In fact, the ambiguous script implies that the haunting may be happening inside the fractured psyche of the pale, neurotic, brittle Eleanor (Julie Harris), the unreliable narrator of the story.

Dr. Markway (Richard Johnson) wants to prove the existence (or otherwise) of the paranormal through an academic experiment, and brings along two women who have experience of the supernatural, Eleanor, and also Theodora (Claire Bloom) a chic socialite who has the gift of ESP and consequently knows what everyone is thinking. The group is rounded out by Luke (Russ Tamblyn) who brings the scepticism, the wisecracks and the martinis.

The Haunting isn't unlike the kind of B horror William Castle was famous for in the 50-60s, but better budgeted, and more sophisticated... And scarier. The small cast is excellent, but Harris excels as the lonely, spinsterish, unstable conduit for the spirits who possess Hill House. Who want her to stay. It's her vulnerability and suffering that lingers in the memory.