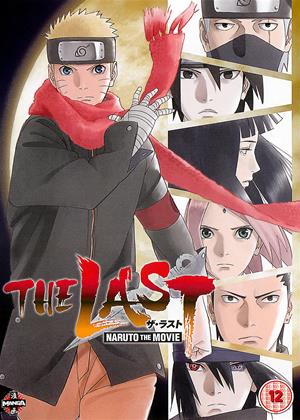 Synopsis:
Two years have passed since the fated battle between Naruto and Sasuke in the Village Hidden in the Leaves. A comfortable peace has fallen over the village and the winter festival approaches with a bit more excitment than usual. Seasons of war have transformed Naruto and his friends into elite young warriors, but now they grow into the adults they were meant to be, forming bonds beyond friendship. Naruto and Hinata approach this next stage with trepidation and find their progress stalled when a mysterious and dangerous man appears with a disturbing message; the end of the world is upon them.
Once again Naruto and his friends are sent to investigate and stop the impossible: a falling moon! What is the tragic fate that connects this disaster with Hinata's Hyuga Clan? And to what lengths will Naruto go to speak the words that will change his life?
Directors:
Tsuneo Kobayashi
Producers:
Jamie Simone, Mitsuko Kitajima, Ken Sasaki
Voiced By:
Troy Baker, Beau Billingslea, Steve Blum, Richard Cansino, Catero Colbert, Robbie Daymond, John DeMita, Brian Donovan, Maile Flanagan, Quinton Flynn, Megan Hollingshead, Carrie Keranen, Kate Higgins, Mary Elizabeth McGlynn, Yuri Lowenthal, Colleen O'Shaughnessey, Liam O'Brien, Stephanie Sheh, Skip Stellrecht, Junko Takeuchi
Narrated By:
Hôchû Ôtsuka
Writers:
Masashi Kishimoto, Mauro Kyôzuka, Seth Walther
Studio:
Manga Entertainment
Genres:
Anime & Animation
Countries:
Japan, Anime & Animation

Rent other films like The Last: Naruto the Movie

Sign up
Naruto Shippuden: The Movie 4: The Lost Tower

Reviews of The Last: Naruto the Movie

The Last: Naruto The Movie showcases the true breathtaking ingenuity of modern Japanese animation in all its glory, with such precision in techniques that overshadow their western counterparts by unquantifiable lengths of measure. It’s a perfect blend of action and drama that elicit such strong emotions upon first viewing that one cannot help but be reminded of the great Japanese animated classics such as Neon Genesis Evangelion and the one that probably started all -- Akira.

Japanese animation is the perfect counterpart in tone, depth, maturity and otherwise, to the western most popular animated features that hold PG13 ratings. When put against each other – one can dissect both and end up with such disparities between the two, so that the latter cannot hold its merits and just fall flat upon such comparison. Director Tsuneo Kobayashi’s animated feature is filled with character depth, energy and strong sense of urgency that propel the protagonists forward; at any given time one can uncover their motivations underneath the most intense of action scenes – they act with a purpose only living things can possess. This here is a staple of writing that is good.

Which brings us to The Last: Naruto The Movie’s structure: it’s written in two parts 1) slowly establishing the plot through in-depth character drama and 2) unraveling the outcome through meticulously planned action with clearly established character motivations. As someone who hasn’t watched a single episode of the Naruto phenomenon, nor read the manga, I found myself understanding everything that was thrown at me: their motivations, fears, desires. This is partially achieved via retrospection, although said flashbacks are brief, straight and to the point with some minor twists here and there thrown in for good measure.

The greatest traits of The Last: Naruto The Movie are the animation itself, the gorgeous blend of 2D with 3D and the soundtrack, with the sound effects probably taking the cake all things considered. Every scene feels perfectly planned and executed, with cuts and edits on par with the greatest animated (and otherwise) classics of cinema. One little nitpick would indicate its fast pace and lightning-fast edits (mostly prominent in the second part), but by then one should probably feel completely immersed in order to notice such minor flaws. It’s also wonderful how the animators chose 2D character sprites over 3D environments – probably a formula other pieces that’re yet-to-come should firmly stick unto.

In conclusion, The Last: Naruto The Movie is the pinnacle of Japanese filmmaking in general, and while it’s undoubtedly aimed at teens and younger adults, it shouldn’t prevent adults enjoying it either.