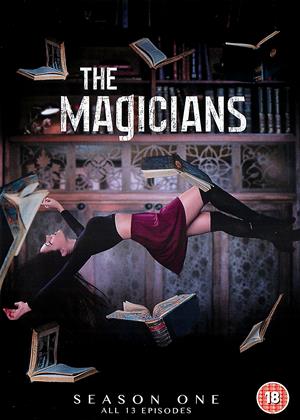 Reviews of The Magicians: Series 1

The Magicians: Series 1 is the type of show that knows how to properly introduce, and more importantly, execute hooks and anchors. Because if a show can’t succeed in grabbing your attention from the get-go, then you’re basically going to sink into obscurity (and possibly emerge as a cult classic, but more on that later). And so, the first installment of Magicians has already showed that it isn’t afraid of risking it and going all-in. And for these brave choices, the viewers are rewarded maybe tenfold. Which ultimately boils down to “the show is worth a watch”.

The first series’ each episode is unique insofar being original in its own way. In fact, The Magicians employs a so-called “reverse character development” in order to establish its characters, and for some reason, this works better than the ole linear storytelling format most shows resort to. That isn’t to say that The Magicians invents new conventions out of thin air, but rather, its techniques put forth an evident effort from the creators that (mostly) pays off later as the series undergoes through its progress (as evident from an episode titled “The World in the Walls”).

The show has its fair share of troubles, which is especially true in the beginning of the first series I might add. Some viewers might’ve given up after the first two episodes, and I don’t blame them, since the show doesn’t care to explain how its characters ended up in the world they populated, including the whys and hows of this world, the machinations, and the mysterious surroundings that grow that much weirder as the story goes forth. To this extent, one could say The Magicians blew through its introductory paragraph quite quickly, and disenfranchised a whole lot of its potential prospect in the process of doing so.

Going deeper however, the show, ahem, showed that it too can take its narrative construct seriously and slowed down just the right amount for us to appreciate its showrunners Alice Quentin, Penny, Eliot, Kady, and Margo. Case in point, The Magicians employed front-loading narrative techniques that ended up working in the long term of the show, and we can only hope they’ll squeeze some more juice out of this low-hanging fruit. Which brings me to my next point.

If you disregard the show’s inconsistent narrative storytelling and embrace the makers’ try at tackling something new (The Writing Room, The World in the Walls), then you’re in for a treat. With that said however, there’s still room for lots of improvements to be made, with us only hoping the series would continue to be daring and won’t succumb to the pressures of mediocrity in its later installments. Over and out.