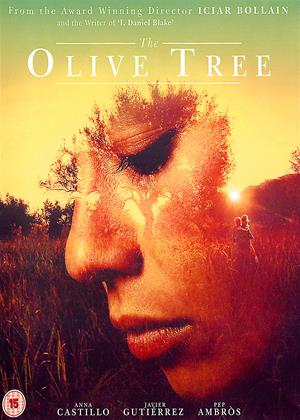 Synopsis:
Alma (Anna Castillo), 20, works in a chicken farm by the village of Canet, in the province of Castellon, on the East coast of Spain. She has a profound connection with her dearly beloved Grandfather despite the fact he stopped talking years ago. But when he begins to refuse food too Alma becomes obsessed with an idea; the only way to save her Grandfather is to recover the two thousand-year-old olive tree that the family uprooted and sold twelve years ago against his will.
Lying through her teeth, without a plan, and even less money, Alma engages her wayward Uncle "Artichoke" (Javier Gutiérrez), who was ruined by the crisis, her colleague Rafa (Pep Ambròs), her friends Wiki (María Romero) and Adele (Paula Usero), and a big part of the small community of Canet in an outragoeus endeavour; to find and return the olive tree - lost somewhere in Europe - to its rightful spot in the family grove where it has been tended, and in turn, given life, for over two millennia.
Actors:
Anna Castillo, Javier Gutiérrez, Pep Ambròs, Manuel Cucala, Miguel Angel Aladren, Carme Pla, Ana Isabel Mena, María Romero, Paula Usero, Janina Agnes Schröder, Cris Blanco, Paco Manzanedo, Inés Ruiz, Aina Requena, Pia Stutzenstein, Hanna Werth, Juanma Lara, Pilar García, Alberto Montes, Lesley Jennifer Higl
Directors:
Icíar Bollaín
Producers:
Juan Gordon
Writers:
Paul Laverty
Aka:
El Olivo
Studio:
Eureka
Genres:
Comedy, Drama
Countries:
Spain

Reviews (3) of The Olive Tree

Warm-hearted tale of tradition versus modernity and the effects of that clash on a family.

There is plenty of humour and the film is carried along by a passionate performance from Anna Castillo. In some respects it is like a book with good chapters but which is not quite the sum of its parts. However, it is an upbeat, positive film well worth watching.

A place in the sun - The Olive Tree review by CH

Feisty young Spanish eco warrior challenges a German corporation to return a gnarled and ancient olive tree to it's rightful place in the sun, (the olive groves belonging to her ailing grandfather.) This film occasionaly tips towards melodrama and soap opera but the message is clear enough.... wealthy, powerful corporations within European union should not indulge in the asset stripping of poorer member states.

The Olive Tree is a poignant drama about an old man and his tree. But The Olive Tree is lots more than that, since there are three other characters that embark on the journey to find that lost granddad tree. During their journey, they re-examine their values, norms, and escape the safety of their bubbles only to find the real values to be within them. Sounds familiar? That’s because The Olive Tree tethers the line between a genuine, heartfelt drama and a hipster melodrama that eventually sets on neither. It’s a study of characters that ultimately lack what makes people true to their traits: real flaws.

In particular, the film follows Alma (played by Anna Castillo), a teenage girl who had grown up on the honest love that her granddad had provided. However, both her uncle and father are not so fond of the connection between Alma and her grandfather, and they are reluctant to help her in the quest to retrieve the missing olive tree. At first. Then, Alma manages to convince the unlikely duo (which turns out into a trio) to embark on the adventure of their lifetime because, at least this was my takeout, there are some things more important than just money.

Meanwhile, the mental and physical state of the granddad is slowly deteriorating and it seems like no one can stop this except the tree. For matters to get even worse, Alma realizes that if he isn’t reunited with the tree sooner rather than later, then the probability of the grandfather dying increase exponentially. The only thing that’s preventing Alma from finding the tree immediately is the lack of money, logistics, and well – everything. Despite all of that, she is determined to bring the tree home and save her grandfather against all odds.

Largely, The Olive Tree is a simple but perfectly believable story about love, redemption, and love again. This comes as a surprise to no one because the film is penned by none other than Paul Laverty (I, Daniel Blake), featuring a degree of believability rarely seen in contemporary cinema from both inside and outside the United States. Further, the story is also funny on a fundamental human level, and although such type of quirky humor is not my cup of tea, I still found The Olive Tree quite enjoyable for what it is. Finally, the story is told in Spanish and German, with a slight bit of English thrown in there for good measure, which makes the film is that much more perennial and unforgettable for years to come.

To sum it up, if you’re into Ken Loach or euro drama films, that it’s most likely you’d enjoy The Olive Tree as well.