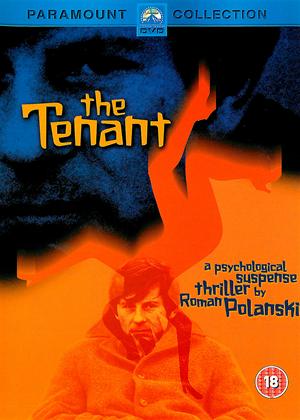 Reviews (2) of The Tenant

Well, this is excellent. French-Polish Roman Polanski directs and stars as shy and achingly polite bureaucrat Trelkovsky, who moves into an apartment owned by ‘the Concierge’ and Monsieur Zy (mighty Hollywood veterans Shelley Winters and Mervyn Douglas). The apartment is appallingly cramped, greasy and doesn’t even boast a toilet. Trelkovsky’s charming tolerance of the place and fellow tenants – as well as his boisterous and boorish work associates - is effective.

To make matters more awkward, the previous tenant, Simone (Dominique Poulange) jumped out of the window in a suicide attempt. A visit to the hospital reveals Simone to now be a howling, broken monster. He strikes up an awkward, but progressive relationship with Stella (Isabelle Adjani, frumped-up behind thick spectacles and a 1970’s curls, she gets gradually more bedraggled and beautiful as the story progresses).

The bullying ways of those around him, as well as his bouts of bad luck, conspire to throw Trelkovsky into a kind of chronic paranoia. It is a slow decline, and one in which his crumbling, squalid surroundings become a prison, a sick-house. He even sees phantoms of Simone unwrapping the bandages that encompass her and smiling provocatively, revealing a set of broken teeth. He flirts unsuccessfully with cross-dressing. He becomes violent. There is a certain inevitability to the horrific and shocking conclusion.

The story is based upon the 1964 novel ‘Le locataire Chimérique’ by Roland Topor; amongst many other credits, Topor appeared as Renfield in Werner Herzog's 1979 ‘Nosferatu the Vampyre’. Good luck finding a copy for less than £100!

It looks like art, but something's missing - The Tenant review by RD

This film charts the descent of a quiet, reasonable intelligent man into severe paranoia, and the title role is played and portrayed well if disturbingly. The paranoia is brought on by the actions and attitudes of the other tenants in the apartment block, and this is where the film appears to lose out on detail.

The other tenants and the landlord are odd, yes, but not really portrayed fully enough and most of the scenes showing their behaviour are tantalisingly short which tends to give an emptiness to the plot. Maybe the book goes into fuller detail, I don't know, but the film does appear to show the descent into paranioa from a very one-sided view.

So half-marks for a very odd film.